Largest asteroid of the year to whiz by Earth

Although 2001 FO32 is technically classed as a "potentially hazardous asteroid," NASA reports that there's no need to worry. The space rock will be nearly 2 million kilometers away when it flies by. 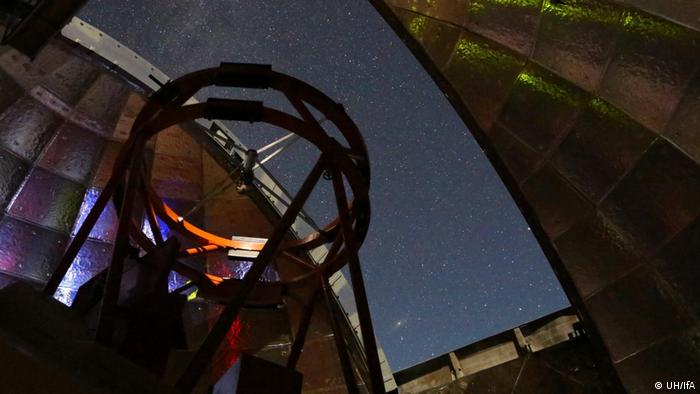 Astronomers around the world are set for a rare treat on Sunday, with a large asteroid set to fly by our planet at a close — but still safe — distance.

The asteroid is the largest that is expected to fly near Earth this year. The event offers a unique opportunity for researchers, including those looking into asteroid defense systems as well as those interested in the origins of our solar system.

How close is the asteroid going to get?

Although Sunday's asteroid is technically classified as "potentially hazardous" — both the European Space Agency (ESA) and the US space agency, NASA, stress that there is nothing to worry about.

The closest the space rock will be to Earth during its flyby is about 2 million kilometers (1.25 million miles) away.

"It's stable: It's not on a risky course," Detlef Koschny, an asteroid expert at ESA, told the DPA news agency.

In a statement, NASA also stressed that the asteroid doesn't pose a collision threat with Earth "now or for centuries to come." 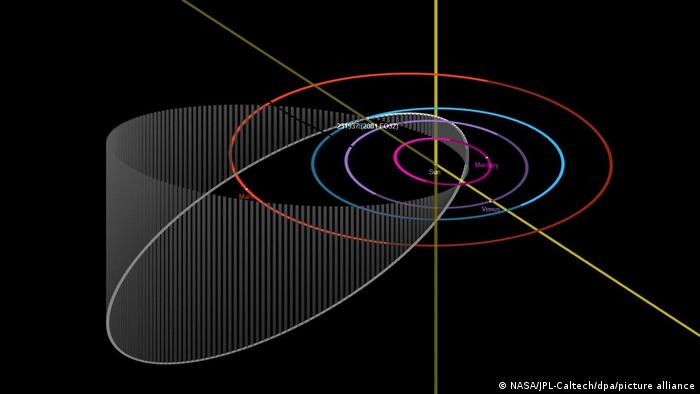 What do we know about the asteroid?

Astronomers estimate that it is about 900 meters (3,000 feet) in diameter — around the length of 18 Olympic-sized swimming pools.

The object will whiz by Earth at a much faster speed than other asteroids that come close.

The speed is expected to clock in at about 124,000 kilometers per hour, NASA announced in a statement ahead of the flyby.

Will I be able to see it go by?

With the right equipment, even amateur astronomers will be able to watch the asteroid while it is making its way past Earth.

People in the southern hemisphere and at low northern latitudes should be able to see it, Paul Chodas, the director of the Center for Near Earth Object Studies, said in a NASA statement.

They'll need "moderate-size telescopes with apertures of at least 8 inches (20 centimeters) in the nights leading up to closest approach, but they will probably need star charts to find it," he added.

It will pass by at its closest point around 1600 GMT/UTC on Sunday, according to the Paris Observatory.

What will researchers be looking for?

Astronomers around the world are looking forward to getting a better look at 2001 FO32.

"We don't know much about it," Koschny told DPA, adding that an asteroid of that size could potentially destroy an entire country were it to hit.

Researchers are looking to gather data for asteroid deflecting projects.

Others will be looking more closely for data on the composition of the asteroid — which was likely made at about the same time our solar system was formed.

"By studying the spectrum of light reflecting off the surface, astronomers can measure the chemical 'fingerprints' of the minerals on the surface of the asteroid," NASA reported.

Mining on asteroids sounds like the stuff of science fiction, but it could soon become a reality. Nations and powerful corporations already have plans and are hard at work staking their claim to resources from space.