Thousands of children escaping gang violence and poverty in Central America have entered the US this year. A UN report puts the number at around 26,000 in the first six months of 2016 alone, up on previous years. 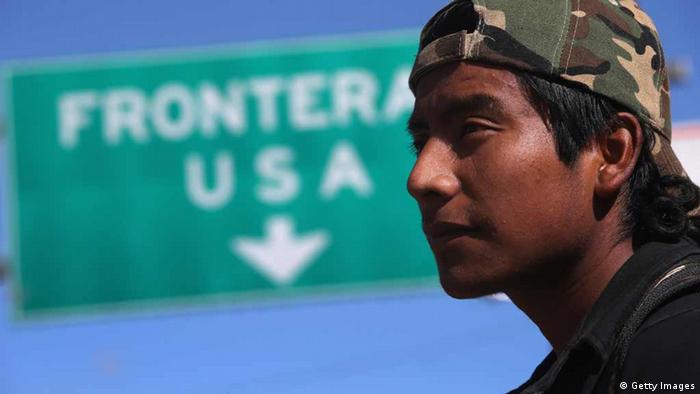 UNICEF said in its report - "Broken Dreams: Central American children's dangerous journey to the United States" - released on Monday that almost 26,000 unaccompanied children had been apprehended at the US border, with a further 29,700 traveling as part of a family, mostly mothers with young children.

Most of the people are from El Salvador, Guatemala and Honduras - three countries with some of the world's highest murder and poverty rates, UNICEF said. Many children never make it to the US border, with thousands dying or being kidnapped on the way.

"It is heart-rending to think of these children - most of them teenagers, but some even younger - making the grueling and extremely dangerous journey in search of safety and a better life," UNICEF's Deputy Executive Director Justin Forsyth said in the report. "The flow of young refugees and migrants highlights the critical importance of tackling the violence and socio-economic conditions in their countries of origin."

The United States has asked Mexico to step up detentions of migrants after the number of unaccompanied children arriving at the US border soared to more than 44,500 in the first six months of 2014.

In 2015, Mexican authorities apprehended almost 36,000 children, more than half of whom were unaccompanied. By comparison, Mexico detained 9,600 children in 2013.

"If deported, some of them could be killed or raped by the gangs they sought to escape in the first place," UNICEF said.

Many girls have reportedly been forced to work in brothels and bars in Mexico and Guatemala, and UNICEF quoted an Amnesty International report saying as many as six out of 10 women and girls experience sexual violence during their journey.