The shipwreck off the coast of the Italian island of Lampedusa three week ago, in which several hundred African migrants died, is set to dominate an upcoming EU summit. African refugees are now on Europe's agenda. 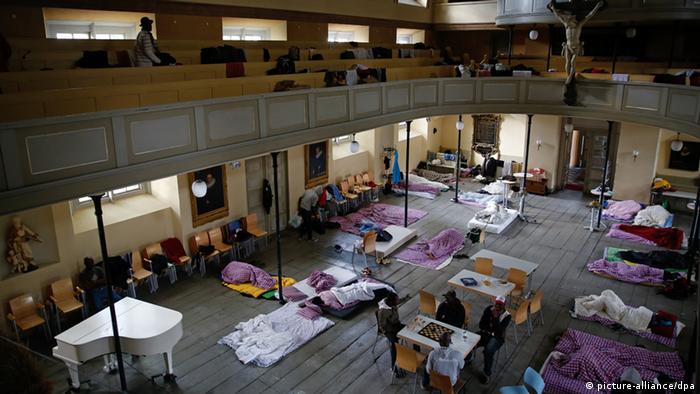 It is a sunny day in October. In Hamburg, the grounds of the St Pauli church near the harbor are covered in autumn leaves. Sitting on a wooden bench under a tree is Asuquo Udo.

He's a Nigerian and a member of a group of some 300 refugees called "Lampedusa in Hamburg." They originally came from countries like Ghana, Nigeria, Togo or Ivory Coast. 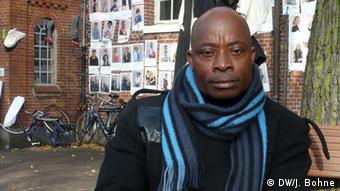 Asuquo Udo says refugees have been traumatized by their experiences

Until 2011 they had lived and worked in Libya, but fled the country when the civil war broke out. The men headed for Europe taking the hazardous route across the Mediterranean. Udo said the crossing was the most risky thing he had ever done in his life.

"It lasted for so many hours, not knowing what is going to happen in the next few minutes, God willing I was able to survive," he said.

They reached the Italian island of Lampedusa and from there they were taken to various refugee camps. The conditions were often catastrophic.

"People would go on the street begging, prostitution, all things that you cannot think of," Udo said.

When the Libyan crisis ended at the beginning of 2013, the Italian authorities moved quickly. They closed down the interim camp for refugees from North Africa where Udo was living, gave him and the other asylum-seekers valid European travel documents plus five hundred euros each and then left them to their own devices.

They arrived in Hamburg where they found accommodation with various institutions and organizations. They want to stay in Germany. They formed their group "Lampedusa in Hamburg," and say that each and everyone of them should be given residency and work permits. But Hamburg's senator for the interior, Michael Neumann, is insisting that their applications can only be processed separately. 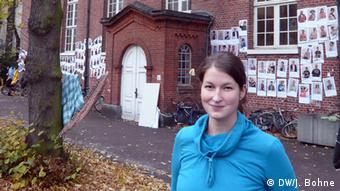 "We have been trying to persuade them for six months to take this step, but so far they have refused to do so, which I find most regrettable. I would like to invite all of them to come to us and tell us their names and how they were able to escape (from Libya)," he said.

The European Union's Dublin II Regulation says when an asylum seeker has irregularly crossed the border into a member state then that member state – in this case Italy – will be responsible for examining the asylum application.

The members of the Lampedusa group fear they will be sent back to Italy if they hand their names to the German authorities. Those authorities, meanwhile, suspect that the asylum-seekers' Italian travel documents are no longer valid and they are therefore living in Germany illegally. Over the last few weeks, the police have stepped up checks on people they believe could belong to the group. Udo said this is a traumatic experience for many of the refugees.

"They have no rest of mind. Surviving war in Libya. Surviving Mediterranean crossing. Surviving the CARITAS in Italy and coming back here, still facing the same thing," he said.

EU 'should be more welcoming'

Around 80 of the men have found sanctuary in the St Pauli church. Because of the police checks, they spend most of their time in the church grounds. There they are relatively safe from the German authorities. But they can no longer move freely in the city. 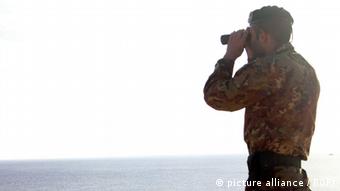 European leaders are expected to discuss migration at their Brussels summit

Constanze Funck, a local Protestant religious leader who is supporting the Lampedusa group, believes the time has come for Europe to rethink its asylum policy, especially in the aftermath of the most recent Lampedusa tragedy.

"It's apparent that the EU's external borders are under a lot of pressure. It would therefore be better if European asylum policy were more to be welcoming towards refugees and let them choose which country they wished to go to. They might be able go to friends or relatives, who could help them get integrated into European society," she said.

In Hamburg, the stand-off between asylum seekers and the authorities looks set to continue. Neither side appears prepared to compromise. The Protestant church intends to carry on helping the Lampedusa refugees. Trade unions and aid organizations are also assisting. Local people from all sections of society are also contributing and making donations. Warm clothing is in demand as winter approaches and few believe the situation will change for the better any time soon.

Dozens of survivors of a shipwreck off the coast of Italy that killed hundreds of African migrants have protested a funeral for the victims after authorities refused to grant them access to the ceremony. (21.10.2013)

Italy is the main destination for migrants coming across the Mediterranean. If they make it, they often end up in refugee camps and are likely to be sent back. Many escape and lead desperate lives as illegal immigrants. (18.10.2013)