Lady Gaga's dog walker was shot and two of her French bulldogs were stolen during an armed robbery in Hollywood. The singer has offered a reward of $500,000 for the return of her two pups.

The gunman used a semi-automatic handgun and left in a sedan towards Hollywood Boulevard, police said. The dog walker was reportedly shot in a scuffle when he tried to fend off the kidnappers.

Gaga's press representative said that there would be "no questions asked" to the person returning the dogs.

A third bulldog, Miss Asia, escaped from the crime scene and was later found by the police.

Lady Gaga was away from her dogs, in Rome, working on a new film. The singer is known to be extremely protective of her dogs and even has an Instagram account dedicated to them. 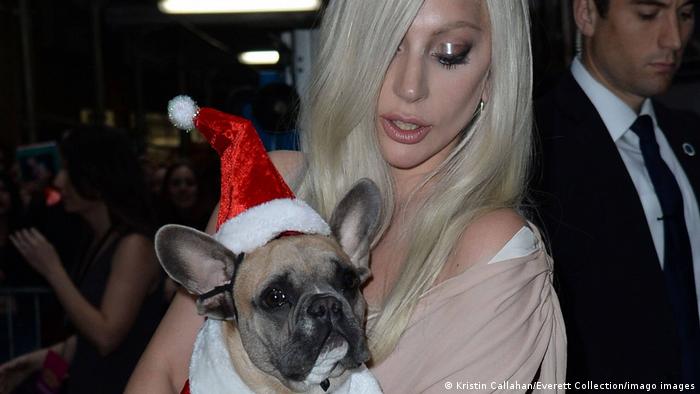 Los Angeles authorities have yet to determine the motive behind the attack. It is not clear whether the gunman targeted the dogs because of their celebrity status or their breed.

There have been several cases around the US involving assaults on owners of French bulldogs or kidnappings.

French bulldogs are expensive as they are difficult to breed. The dogs have to be bred through artificial insemination and delivered through Caesarean section.

The case has been taken over by robbery-homicide detectives from the LA police department.

Celebrities such as Ellen Pompeo, Lady Gaga and Ben Affleck are using their online reach to draw attention to the risk of the coronavirus spreading rapidly. The message is clear: We all have a responsibility.

The new Lady Gaga bug is a wacky-looking treehopper. The performer with an extravagant style is not the first one to have inspired names for newly-discovered species.

Germany's prettiest cow has died at the age of 13. Lady Gaga— a star of German cattle contests with a string of accolades to her name — was described by her owner as a "once-in-a-lifetime cow."