Voters in the Central Asian country appear to have backed a constitutional reform that would substantially increase populist President Sadyr Zhaparov's powers. 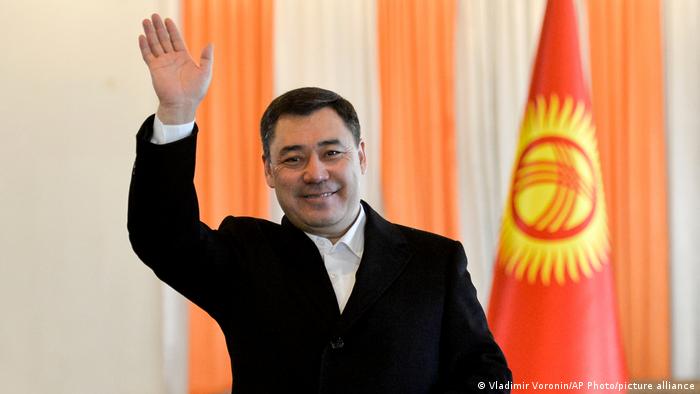 Voters in Kyrgyzstan headed to the polls on Sunday for a constitutional referendum widely expected to see President Sadyr Zhaparov's powers expanded while allowing him to run for office a second time.

According to preliminary results from the electoral commission, about 78% of voters backed the constitutional change.

The referendum comes three months after the populist leader was elected, following the removal of his predecessor amid protests.

The change would shrink the size of parliament by 25%, to 90 seats, and give Zhaparov the power to appoint judges and heads of law-enforcement agencies.

A former member of parliament and senior official, Zhaparov was serving a prison sentence last year on charges of abducting a regional governor as part of a political protest.

He was freed by protesters who contested the results of the October parliamentary election and his sentence has since been overturned.

Immediately after his release, Zhaparov mobilized protesters to oust President Sooronbai Jeenbekov from office and then took the helm as the Central Asian country's interim leader.

In the January election that brought Zhaparov to office, voters also approved plans to hold a referendum on whether presidential powers should be increased.