Two city slickers who are totally in love head out to a summer resort together without being married. It was a complete affront in that day and age. It's a love story told in an easy, breezy way. 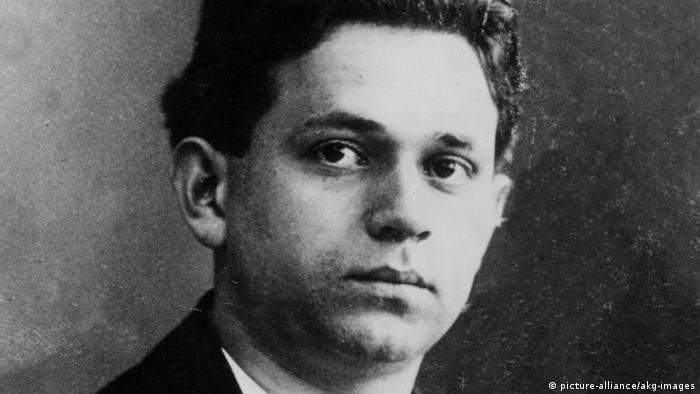 No one expected Kurt Tucholsky to write this kind of book. Absolutely no one. The young journalist, renowned for his razor-sharp writing style — which had actually reaped him death threats at one point — published this tender love story in 1912.

Rheinsberg is a slim little book, infused with a summer-like breeziness and playfully ironic undertones.

Tucholsky penned the book in just two months after spending an amorous weekend with his girlfriend out in the country.

A summer resort for the smitten

In the novel, his alter ego is named Wolfgang. It's a hot summer. Together with Claire, he escapes the hustle and bustle of the big city by taking a steam-engine train out to the cozy place of Rheinsberg. For the next three days, they do what those in love typically do: They yearn for each other, let time flow by spending time outdoors, banter around with each other, and cannot get enough of each other.

"They stretched out under the glaring sun in a meadow, over which the air trembled in the midday heat. Silence… "

At the time, it is considered unseemly for an unmarried couple to travel off like that. So the star-crossed lovers use the pseudonym "Mr. and Mrs. Gambetta." With a sense of humor, they turn their noses up at the moral notions of the time.

The book was Tucholsky's response to the prudery of the Wilhelminian bourgeoisie. Countless publishers rejected the manuscript. Yet his novel ultimately became an absolute best-seller.

The lightness of being

"A picture book for lovers" is how Tucholsky described his story. And it's true — there is no traditional arc of suspense. Instead, it's composed of a series of picturesque snapshots that are linked by uncouth statements and ironic commentary. 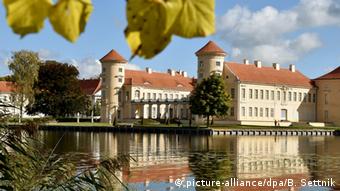 Little Wolfgang explains to his sweetheart how the world works, and little Claire makes fun of him using her loose mouth. Everything in this book is light and airy — both love, and nature.

"The horizon was a blinding white shimmer… Was this landscape a beauty? No — the groves of trees were unremarkable; distant hills concealed one little wood and revealed another — yet one could take general pleasure in the fact that it was all there…"

With Rheinsberg, Kurt Tucholsky wrote one of the most beautiful love stories in German literature. Its shimmering lightness still fascinates readers over 100 years later. Even today, one still sees couples in love walking across the gravel paths of Rheinsberg, with the Tucholsky book tucked under their arm.

Kurt Tucholsky was born in Berlin in 1890. He gained fame as a satirist, poet, novelist, journalist and co-editor of the weekly Weltbühne (World Stage), leading him to become one of the leading intellectuals of the Weimar Republic. He began living abroad in 1924. The Nazis banned his works as of 1933, and revoked his German citizenship. In 1935, Tucholsky took an overdose of pills in his house in Sweden and died in a Göteburg hospital.

His satirical posters, full of wit and ridicule, critically tackle German society and politics, from Amazon to Angela Merkel. As Klaus Staeck turns 80, Essen's Folkwang Museum presents the work of the art rebel. (28.02.2018)