The PKK has called for an end to a unilateral ceasefire announced before elections in Turkey. President Erdogan has vowed to crush the militants in a sign a resumption of peace talks is far off. 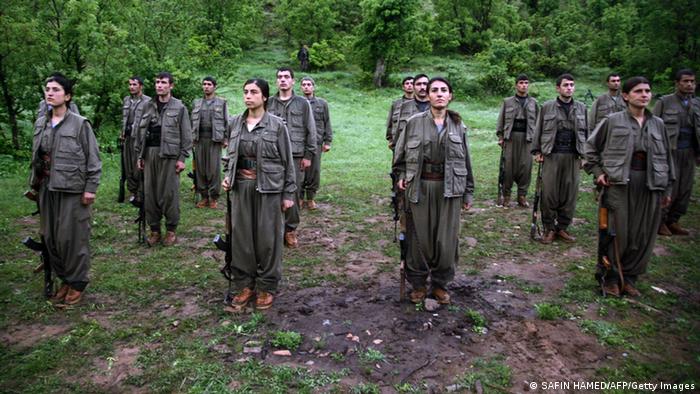 The Kurdistan Workers' Party (PKK) on Thursday ended a unilateral "inaction" period that it had called last month ahead of Sunday's elections, saying the ruling Justice and Development Party (AKP) has shown it intends to be a "war government."

The announcement comes a day after President Recep Tayyip Erdogan said in his first major speech after voters handed his AKP a majority in elections that Turkey would "liquidate" the rebels.

The government balked at PKK's call for a unilateral ceasefire on October 10, arguing it was an election ploy and not genuine. The PKK had said it would not attack Turkish forces, but would maintain its right to self-defense. The government has said it would only resume peace talks - stalled since April - once the PKK puts down its weapons and withdrawals from Turkey.

Neither side ultimately halted fighting. The Turkish Air Force bombed PKK positions in northern Iraq a day after the unilateral call for non-action was announced. Meanwhile, the PKK carried out regular attacks on police and the military.

Several hundred soldiers, PKK fighters and civilians have been killed since a two-year ceasefire and peace negotiations broke down in July. Several towns in the largely Kurdish populated southeast have occasionally been put under military curfew or blockaded over the past four months after the PKK called on followers to set up "autonomous administrations."

Since Sunday's election more than 40 people have been killed in fighting.

According to an IPSO poll conducted after Sunday's election, 60 percent of respondents in Turkey said they would like the government to restart the peace process with the PKK.

Turkey on war footing ahead of polls