Iraq's Supreme Court has ruled that the constitution does not allow any region to secede. The declaration comes a month after the northern Kurdish region overwhelmingly voted for independence in a disputed referendum. 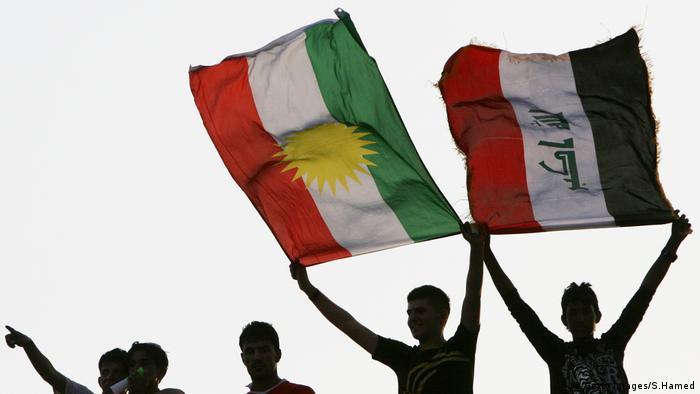 Iraq's top court said on Monday there were no articles in the country's constitution that allowed a region or province to break away.

The ruling was a response to a request from the central government in Baghdad to put an end to any "wrong misinterpretation" of the constitution and assert the unity of Iraq, a court spokesman said.

The court also rejected the September 25 Kurdish referendum that saw the Kurds overwhelmingly vote for independence, defying the government in Baghdad.

Tensions between the government in Baghdad and the Kurds escalated following the non-binding referendum.

Last month, Iraq-led forces launched an operation in the Kurdish-held areas and recaptured the oil-rich province of Kirkuk and other disputed territories from the Kurdish peshmerga forces.

Iraq's Prime Minister Haider al-Abadi on Friday called on the semi-autonomous Kurdistan region to abide by the court's ruling.

"We call on the region to clearly state its commitment to non-separation or independence from Iraq," he said in a statement. There was no immediate reaction from Kurdish authorities.

Abadi said the government was now "taking the necessary measures to impose federal authorities." He did not provide any further details.

The ruling is a major boost for Abadi as he seeks to prevent a repeat of the September vote, said Ahmed Younis, a Baghdad-based constitutional expert.

"The court ruling has put an end to the Kurdish attempt to breakaway from Iraq," he added.

The offer by the Kurdistan Regional Government is part of a plan to defuse tension with the Iraqi central government. An immediate ceasefire and halt to all military operations in the region have also been proposed. (25.10.2017)

Kurdish authorities have accused Baghdad of undermining attempts to reach a deal on disputed areas and borders. Once unified in their fight against the "Islamic State," the Kurds feel betrayed by the central government. (02.11.2017)