Krishna Kumari — From bonded laborer to Pakistan′s first lower caste Hindu senator | Asia | An in-depth look at news from across the continent | DW | 05.03.2018

Krishna Kumari became Pakistan's first Hindu-Dalit senator after she was elected to the upper house of parliament Saturday. In an interview with DW, Kumari talks about the plight of religious minorities in Pakistan. 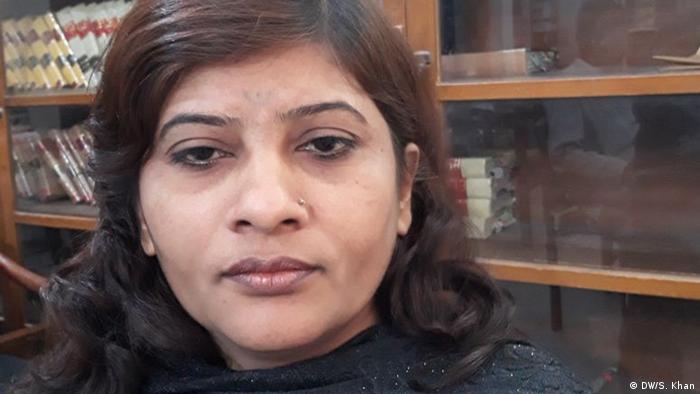 DW: You are the first lower caste Hindu senator in Pakistan's history? How do you feel about it?

Krishna Kumari: I still cannot believe that I have become senator. It feels like a dream. Even male members of our community [Dalit] haven't made it to parliament. We are a community that has not been given many opportunities to excel.

As daughter of a peasant in Sindh province, it was unimaginable that I could become member of the upper house of parliament one day. As a child, I had to work very hard as a bonded laborer. So when the Pakistan People's Party (headed by Former Prime Minister Benazir Bhutto before her assassination in 2007) chose me for the Senate seat (reserved seat), I was really surprised. Not only me, but the whole Hindu community in Pakistan was excited.

My election to the Senate means that even those who were opposed to girls' education are now thinking to put their daughters in school. I have become a role model for so many people in my country.

Can we say that your election to the Senate is a step toward a liberal and progressive Pakistan?

It bodes well for Pakistan. An oppressed and backward community that could only vote for the majority candidates can now choose their own members of parliament. It is definitely a progressive step.

There are now three members of the Hindu community in the Senate. We need to make efforts to work for the oppressed communities. I am sure we can make a difference.

There are laws for the protection of minorities and other marginalized communities in Pakistan. We need to make sure that they are properly implemented. Also, we need to work for more legislation to help these communities.

But the election of one or two minority members to the Senate doesn't guarantee a structural change. What do you say about it?

I am optimistic. I have worked hard to be where I am now. For years, I have been involved in campaigns to create awareness about education and other social issues. We must continue with these efforts to improve our political and social systems. I firmly believe that we can bring about a change.

There have been many cases of forced conversions of Hindus to Islam in your Sindh province. Why has the PPP's provincial government not able to put an end to it?

It is fine if a Hindu girl marries a Muslim out of her free will, but it is not acceptable if she is forced to do so. Forced marriages and religious conversions happen in some parts of Sindh and the PPP government has made efforts to stop them.

I will try my best to ensure the implementation of laws on forced Hindu marriages and explore ways to pass new legislation.

What needs to be done to ensure more political empowerment for women in Pakistan?

You are also a rights activist. What are you currently working on?

I have been working on campaigns to create awareness about health, education, human rights, bonded labor and some other issues in my constituency in Thar district. Girls' education is not a priority for many people in Pakistan. Underage marriage is another a pressing problem in many areas, including Thar. With my Senate position, I will be in a better position now to make a difference.

The interview was conducted by Sattar Khan, Islamabad.