Moscow has rejected allegations that it was involved in a plot to assassinate Montenegro's prime minister. A Montenegrin prosecutor had said the alleged conspiracy was aimed at halting the country's NATO integration. 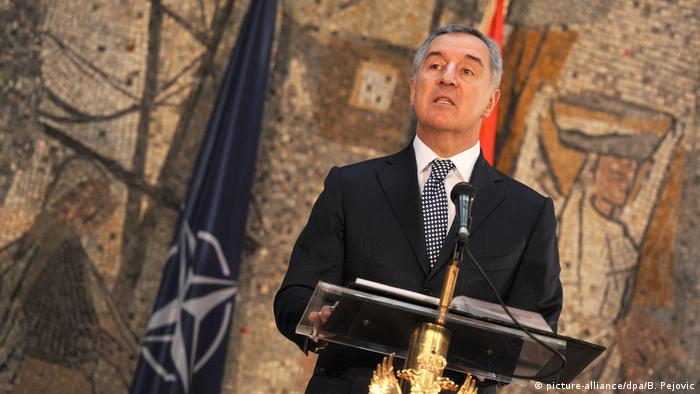 The Kremlin on Monday denied interfering in Montenegro's internal affairs, strongly rejecting an accusation that Russia was involved in an alleged conspiracy to overthrow the small Balkan country's government and kill its former prime minister Milo Djukanovic (pictured) during elections last October.

Parliamentary elections take place in Montenegro on Sunday. However, there is not much in the way of new ideas or vision. (14.10.2016)

"These words are too serious… and failing to support them with reliable information is irresponsible to say the least," Russian government spokesman Dmitry Peskov told reporters during a conference call. "Russia has not, does not and will not interfere in the internal affairs of another state, particularly Montenegro with which we enjoy very good relations," he told journalists.

On Sunday, Montenegrin Special Prosecutor Milivoje Katnic accused Moscow of being involved in an alleged plot which aimed to bring an opposition figure to power and stop the former Yugoslav republic from joining the NATO alliance. Part of the alleged plot purportedly included plans to kill the country's former prime minister, Milo Djukanovic.

"So far we have had evidence that Russian nationalist structures were behind [the plot], but now also that Russian state bodies were involved at a certain level," Katnic told local media, calling for Russia to open a criminal investigation.

The Kremlin is opposed to further NATO expansion in eastern Europe. Djukanovic had brought his country to the threshold of joining the military alliance.

About 20 mostly Serbian citizens were arrested in Montenegro over the alleged plot during parliamentary elections in October. They were accused of planning armed attacks against the state.

Opposition parties in Montenegro have accused longtime leader Djukanovic and his allies of fabricating the plot to extend his hold on power.