Kremlin critic Navalny: To Moscow via Yale | Europe | News and current affairs from around the continent | DW | 14.08.2013

Russian blogger and opposition politician Alexei Navalny in 2010 attended a leaderhip program at the US Ivy Leage university Yale. His chances for the upcoming Moscow mayor elections, though, are considered very thin. 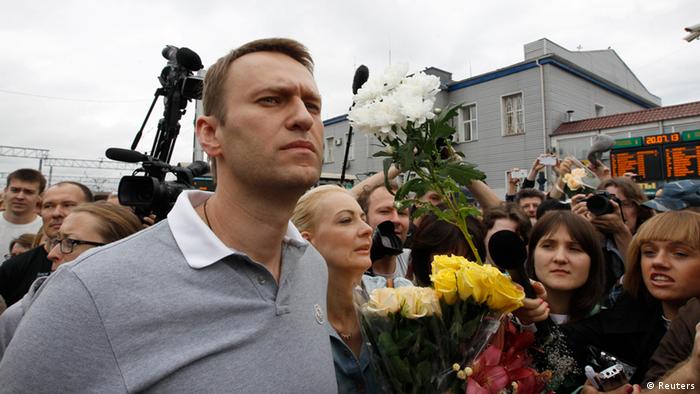 When Moscow heads to the polls on September 8, 2013 to vote for a new mayor, there's at least one man in the US likely to pay close attention. Michael Cappello is the director of the World Fellows Program at Yale, one of the leading Ivy League universities. The vote in Moscow has one of his graduates running for office: Alexei Navalny.

The 37-year old blogger is the first Russian opposition figure who was partly educated in the US. Running for mayor is the high point of his political career thus far. "The Yale World Fellows Program is extremely proud" to have Navalny as one of their alumni, Cappello told DW. The US university supports Navalny's hopes to foster democracy in Russia. 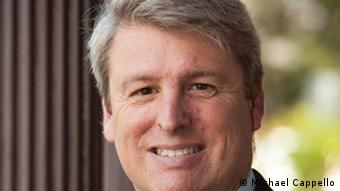 Michael Cappello supports Navanly in his bid for Moscow mayor

In August 2010, Navalny went for four months from Moscow to New Haven, Connecticut. At that time, he already was a famous Internet activist. The scholarship for Yale was a stroke of luck, he wrote in his blog. "There are said to have been around 1000 applicants for 15 places." But it's not only luck - his Yale grant also came thanks to recommendations from former chess world champion and turned opposition activist Gari Kasparov.

The Yale World Fellows Program has existed since 2001 and offers courses in philosophy, world politics and economy. It sees itself as an incubator for global leaders. The candidates are selected from a pool of successful politicians, businessmen and journalists around the world - people "whose biggest achievements are yet to come," explains Cappello.

Former Yale graduates like Berlin politician Sergei Lagodinsky confirm that Navalny fits that description. "You had the immediate feeling that he could become a leader of the opposition," Lagodinsky told DW.

Lagodinsky himself is originally from Russia and will be contending in Germany's September national elections for the Green party. 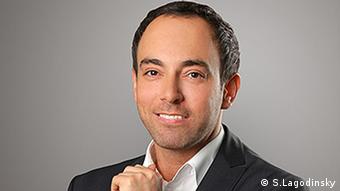 It is the fight against corruption that brought Navalny to Yale. Before being accepted, the blogger had made a name for himself through his struggle against Russian civil servants. At Yale, he hoped to learn how to perform even better.

He immediately implemented his new skills. "While the rest of us talked during one of the breaks, Alexei sat down with his computer and wrote in his blog," Lagodinsky recalls. While still at Yale, Navalny accused state oil company Transneft of having pocketed billions during a Pacific pipeline project. The story later was awarded with a prize for best blog research.

"What impressed me first with Alexei was his capacity for analytical thinking," says Michael Cappello. At the same time, he saw that Navalny had very little experience abroad. The stay in Yale therefore had a particularly positive impact. "He was able to see the world with a lot more clarity than from home," Cappello told DW. He hopes that Yale was able to contribute something to Navalny rethinking some of his more controversial positions.

Navalny positions himself as a "moderate nationalist." His participation in marches of Russian right-wing populists is to this day causing controversy. Green politician Lagodinsky said he often talked with Navalny about that issue during their time in Yale. It was about his view on religious diversity, multiculturalism and Islam." He didn't share Navalny's views, but he thought it was understandable that the blogger portrays himself as a conservative politician. In the campaign for mayor of Moscow, he wants to score points with calling for all migrants from Central Asia to be required to get visas.

While others would try to brag about their stint at an Ivy League university, Navalny doesn't make much of a fuss about it. In the CV he's handing out as part of the Moscow campaign, the time in the US isn't even mentioned. Navalny wants to avoid being branded as a pro-Western candidate.

Critics accuse him of having received education to be a revolutionary in Yale. Lagodinsky dismisses such claims as nonsense, saying discussions there were about philosophy and the meaning of life - rather than how to organize an election campaign. Cappello also dismisses those accusations. "Our intention is not to support transitions of government," he said. 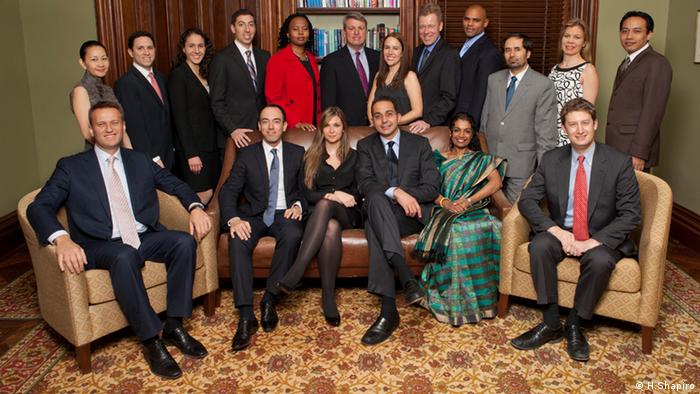 No chance in the vote

Navalny is the second Yale graduate in his class who's running for mayor. His former fellow student Marvin Rees from the UK ran for mayor of Bristol in 2012 and came in second. A similar result is expected for Navalny - polls see him second, far behind incumbent Sergei Sobianin.

A prison sentence continues to hang over Navalny like a Damocles sword. In mid July 2013, Navalny was sentenced to five years in prison over business fraud charges. He remains a free man only because that verdict has yet to take effect. Should he win in this election, the prison sentence would most likely bar him from taking office.

The blogger Alexei Navalny is seen by many as the strongest challenger to Russian President Vladimir Putin. The recent verdict against him may even strengthen the country's weak and fragmented opposition. (20.07.2013)

In Germany 'patience with Putin is wearing thin'

A Russian court sentenced Kremlin critic Alexei Navalny to five years in prison, then temporarily released him. DW spoke to the head of the Heinrich Böll Foundation's Moscow bureau about the proceedings. (19.07.2013)