Russian opposition fragmented against Putin | Europe | News and current affairs from around the continent | DW | 20.07.2013

The blogger Alexei Navalny is seen by many as the strongest challenger to Russian President Vladimir Putin. The recent verdict against him may even strengthen the country's weak and fragmented opposition. 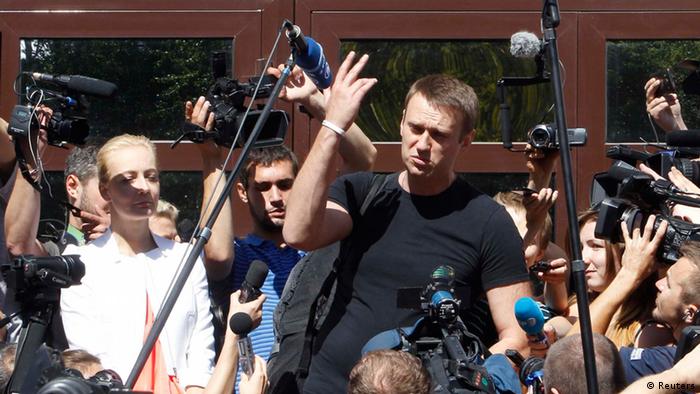 What number do you dial if you want to call Europe? With that question, former US Secretary of State Henry Kissinger put his finger on a sore spot of the European Union. The same thing was true for years for the opposition in Russia. There was plenty of choice: Old and young politicians, on the right and on the left of the political spectrum, some parties in parliament, others are not. But, they all had one thing in common: Their influence on political life in Russia was marginal. A strong opponent to the Kremlin was nowhere to be seen.

That could now change. Thousands took to the streets in Moscow and other cities this past week to protest against the sentencing of opposition activist Alexei Navalny. A court had condemned the blogger to five years in prison on embezzlement charges. A day later, however, and to much surprise, Navalny was released by another court. He is to remain free until the judgment is final.

Knighted by the Kremlin 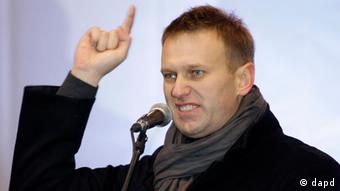 Navalny hopes to run for mayor for Moscow

In the past years, there were several protests in Moscow, sometimes with tens of thousands taking to the streets. But this time was the first time that an opposition figure managed to mobilize that many without actually being there himself. It's also the first time that in the midst of the summer heat so many people joined an unapproved demonstration.

Some observers in Russia already see Navalny as a top opposition figure. The Kremlin indirectly knighted the blogger as its main opponent, they say.

It remains to be seen whether that is actually true. According to polls, Navalny has a small lead over other opposition figures. Independent pollster Levada, in May 2013, said that only six percent of Russians would support Navalny. That meant he was more or less on par with other politicians. Support for President Putin, however, is seven to ten times that number.

Russia's opposition is weak and fragmented. The strongest faction are the communists who also have the second strongest group in parliament. But their popularity has been waning for years. Politicians, like Boris Nemtsov, Mikhail Kasyanov or Vladimir Ryshkov are part of the opposition not represented in parliament. They don't enjoy a lot of public support and their liberal party PRP-PARNASS has only recently been officially registered. 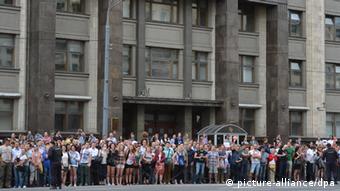 Russians took to the streets to support Navalny after his conviction

Left-wing nationalists with Eduard Limonov's Other Russia party are also part of the old opposition guard. Their influence is viewed as marginal, however, and they fail to mobilize more than a few hundred protesters.

A new generation against Putin

Navalny though is a new face in Russian politics. His fast rise began after the parliamentary elections in December 2011 - a vote overshadowed by allegations of fraud. It was the first time that the blogger stepped into the linmelight. Navalny and the leader of the Left Front, Sergei Udaltsov, were part of the those organizing the protests.

Both are in their mid-30s and are among the most successful activists among the opposition. Both are members of the so-called coordination council of the opposition, which got elected in autumn 2012. Both are under pressure from the judiciary. Udaltsov is under house arrest and awaits his trial. He stands accused of instigating the massive protests and unrest of May 2012.

Mayoral elections as a test 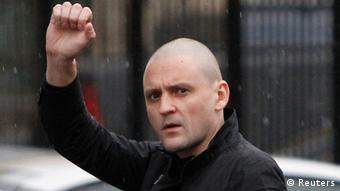 There is a growing rivalry between Udaltsov and Navalny

Whether radical leftist Udaltsov will accept Navalny taking the lead is not clear. Navalny has been accused of being close to right-wing populists. Observers see a growing rivalry between the two.

Both want to run in the elections for mayor of Moscow on September 8. But Udaltsov has not been granted permission to run, while Navalny got the green light last Wednesday (17.07. 2013). Beforehand, the opposition council decided it would through its weight behind Navalny, which led to some accusing the blogger of having deliberately sidelining Udaltsov.

The vote in Moscow will most likely be the first test of Navalny's actual standing in the opposition. As he doesn't have his own party, be was nominated by PRP-PARNASS. According to polls, his best scenario would be to come in second.

In Germany 'patience with Putin is wearing thin'

A Russian court sentenced Kremlin critic Alexei Navalny to five years in prison, then temporarily released him. DW spoke to the head of the Heinrich Böll Foundation's Moscow bureau about the proceedings. (19.07.2013)

The Russian government will do whatever it can to weaken civil society. But until the opposition presents a united front, there is no realistic alternative to President Vladimir Putin in sight. (08.05.2013)