Kosovo votes to pull down wall raised by ethnic Serbs

Kosovo's parliament has backed the demolition of a concrete wall in the northern city of Mitrovica. The Serb ethnic minority responsible for the wall's construction claims it was a barrier against landslides. 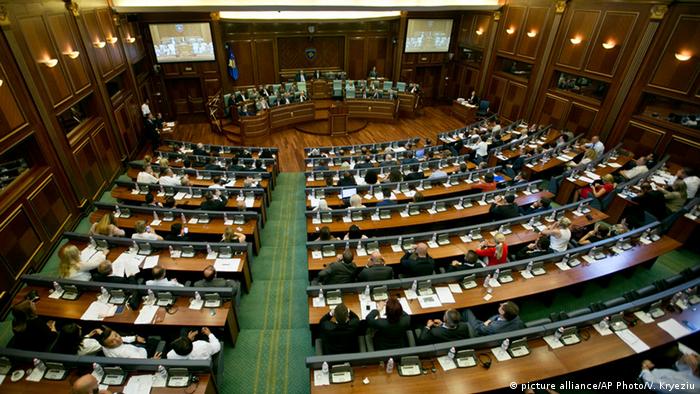 Members of Kosovo's Parliament voted unanimously on Thursday in favor of tearing down the newly-built wall.

The motion follows a decision by ethnic Serbs earlier this month to begin raising a wall in the northern part of the bridge on the Ibar River. The group claimed the construction was a technical support barrier against landslides.

Pristina vehemently contested the barrier, with the European Union and the US also opposing its construction - especially at a time when Pristina and Belgrade are holding EU-mediated dialogue in the hope of reconciling their differences.

Kosovo declared independence from Serbia in 2008, but has only been officially recognized by 112 countries. Together with most ethnic Serbs within Kosovo, five members of the EU as well as Serbia, Russia, China and India are among those which have not recognized the country.

The country was also recently denied UNESCO membership. Kosovars are the only people in Europe who cannot travel to the EU without a visa.

With few prospects at home, almost one in 10 Kosovars has left the country in the past two years to seek better opportunities in Germany and other European countries.

The former guerrilla leader during Kosovo's separatist war against Serbia in 1998-99 is accused of not being a unifying figure for the country.