King′s death compounds economic uncertainty in Thailand | Asia| An in-depth look at news from across the continent | DW | 19.10.2016

With the death of King Bhumibol Adulyadej, Thailand has entered a new era of uncertainty, which is not only political but also economic. Can the military regime cope with the challenge? Ate Hoekstra reports from Bangkok. 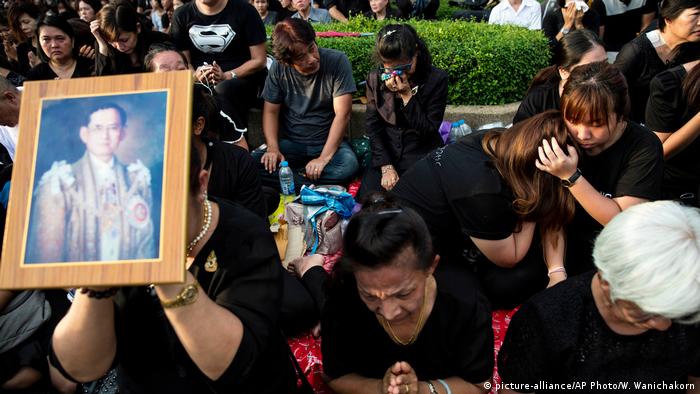 "King Bhumibol's reign lasted for 70 years, so it will take some time before things will stabilize in Thailand. But we must move on, politically, socially and economically," Worasak Janphakdee, a political science student at Bangkok's Thammasat University, told DW.

In reality, moving on for Thailand will not be so easy. Experts had already warned that the king's demise could lead to a power struggle in the Southeast Asian country which would also affect the economy.

In the days before the king's passing, the impact of the political and economic uncertainty could already be noticed. After an official announcement that the king's condition was unstable, Thai markets witnessed a major decline. After Bhumibol's death, the markets showed signs of recovery, but in a country that has a long history of mass protests, violent political confrontations and military coups, the fear for a power struggle runs deep. 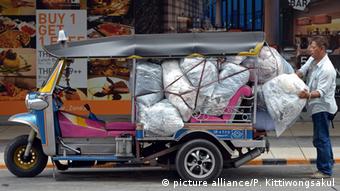 The Thai economy has not been performing well for sometime

A symbol of stability

For decades, Bhumibol was seen as a monarch who ensured stability in a deeply divided country. Now that he is gone, the power structures between the military and the Royal Palace could function independently, political analyst Kan Yuenyong argued.

"Behind the scenes, 'realpolitik' is happening, in which everyone has their own network. These networks can now become unstable which could lead to a conflict."

Foreign investors were already careful with spending money in Thailand. In the first six months of 2016, the foreign direct investment fell by more than 90 percent, The Bangkok Post newspaper reported in August.

According to Krystal Tan, an expert at Capital Economics, many investors have decided to wait and see how things would shape up in the coming weeks. "Most investors will wait until the political uncertainty is over, and when they are certain that there would be no outbreaks of violence. Then you will see more investments and a higher economic growth," Tan told DW. 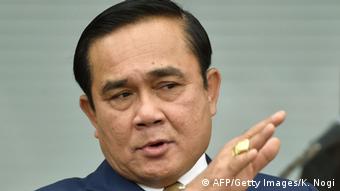 The government is trying project confidence. Prime Minister Prayuth Chan-ocha recently said that general elections would be held in 2017 as planned, and that the Thai people should not worry about Bhumibol's succession. Until Crown Prince Maha Vajiralongkorn takes the throne, former PM Prem Tinsulanonda will serve as a regent.

The Thai economy has not been performing well for sometime, partly because of a turbulent global market and China's economic woes, as Beijing happens to be Thailand's most important trade partner.

In 2015, Thailand's economy grew just 2.8 percent, far less than the 6.5 percent in 2012. At the same time, the country's exports decreased by five percent in 2015 and is expected to fall further this year, the Bank of Thailand said. The main reason that the economy is still expected to grow three percent this year is due to major government investments in infrastructure and the country's resilient tourism sector, which accounts for about 10 percent of Thailand's GDP.

With about 30 million foreign visitors per year, tourism is a major industry for Thailand, and has not been affected by King Bhumibol's death. Immediately after the king's passing, many night life venues decided to close their doors and popular events were cancelled in honor of the late monarch. But the tourism activities are coming back to normal.

"Everything will soon be back to normal for the tourists," said Krystal Tan.

King Bhumibol Adulyadej has passed away at the age of 88. The monarch had reigned in Thailand since 1946. Though Bhumibol was highly revered, commentators disagree regarding his legacy as well as his influence. (13.10.2016)

Thailand's beloved monarch Bhumibol Adulyadej has passed away, leaving the nation in a state of utter grief. For over seven decades, he was seen as a unifying figure in the country. It's unclear what happens next. (13.10.2016)