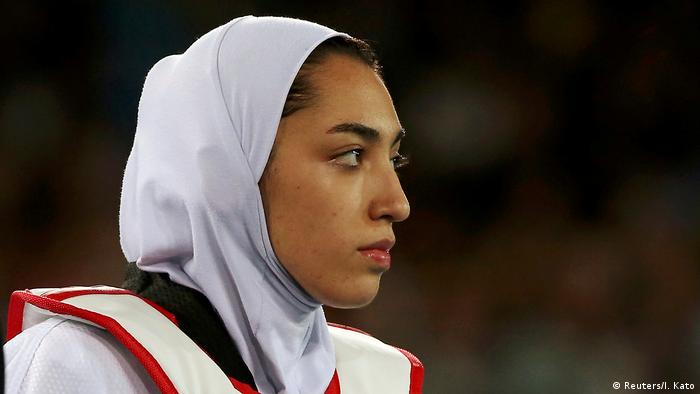 Amid rising unrest in Iran following the accidental shooting down of a Ukrainian plane and simmering tensions with the USA, Iran's only female Olympic medalist, Taekwondo athlete Kimia Alizadeh, has announced that she has defected.

In an Instagram post on Sunday, the 21-year-old said she didn't want to be a part of "hypocrisy, lies, injustice and flattery" as "one of the millions of oppressed women in Iran".

Alizadeh, who made history when she won bronze in Taekwondo at the Rio Olympics as an 18-year-old, is believed to be training in the Netherlands, according to Iran's ISNA news agency.

She has claimed in the past that the Islamic Republic has used her as a propaganda tool and accused Iranian officials of sexism and mistreatment.

The ISNA agency reported that Alizadeh is hoping to still compete at the Tokyo Olympics later this year, but not under the Iranian flag.

A therapist in Texas has been accused of giving performance-enhancing drugs to athletes during last year's Summer Olympics. It's the first time US authorities issued charges under a new anti-doping law.

Tokyo Olympics: Kimia Alizadeh and her fight against her critics 25.07.2021

Kimia Alizadeh is labeled many things: heroine, enemy of the state, refugee and Olympic bronze medalist in taekwondo. She thinks she failed in Tokyo after missing the medals podium — but the opposite is the case.

The US men's basketball team lost its first game at the Olympics since 2004. Japan’s Yuto Horigome claimed the first ever Olympic skateboarding gold, while Germany won it's first Olympic medal. Follow the latest on DW.