Over 600 people have died in an unrelenting, severe heat wave sweeping across India. Most of the deaths have been reported in southern states, where temperatures peaked at 48 degrees. Murali Krishnan reports from Delhi. 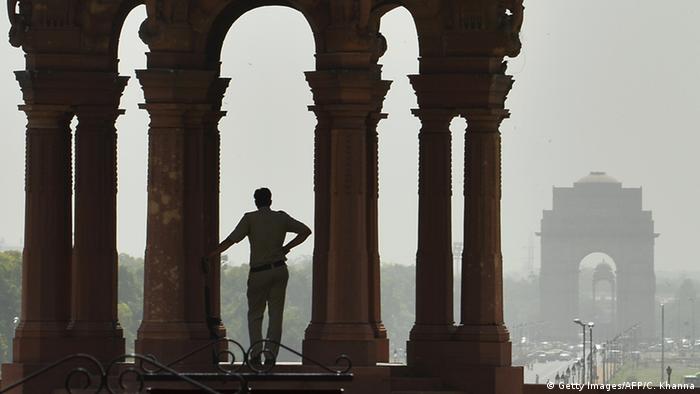 The southern Indian states of Andhra Pradesh and Telangana are facing one of their hottest summers. And weather officials warn that there will be no respite from the grueling heat that is sweeping across vast parts of the country, indicating that temperatures could nudge 50 degrees Celsius in the coming days.

The heat wave has also gripped the states of Rajasthan, Haryana, Chandigarh Bihar, Orissa and Chhattisgarh, where temperatures have been forecast to increase and hover around 45 degrees at least for a week.

But the worst-off areas are the southeastern states of Andhra Pradesh and Telangana, where state authorities say more than 400 people have died in the past few days because of sun stroke and dehydration. Data from other districts was still being compiled, and some officials fear the death toll could climb to 500. 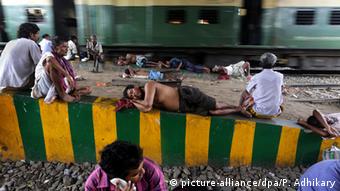 Many homeless people have died

"The heat has been building up in this particular southern region faster than in past years, and there is no reprieve. Temperatures reach nearly 39 degrees even at night," Laxman Singh Rathore, director general of the Indian Meteorological Department (IMD), told DW.

One reason for the record number of deaths is that high humidity combined with soaring temperatures has increased stress levels. Hot and dry northwesterly winds continue to blow across the country, which according to IMD officials, will likely lead to even warmer temperatures.

"No respite is expected in the near future as no rain is in sight. The southwest monsoons are still some days away," said B.P. Yadav of the IMD's forecast division.

The unusual number of heat-related deaths has forced Andhra Pradesh Chief Minister Chandrababu Naidu to direct the state administration to open camps designed to provide drinking water and butter milk as a measure of protection against the severe heat conditions.

Human-caused climate change increased the severity of last year's heat waves in Asia, a new report found. But not all extreme weather events could be linked to global warming, as climate expert Thomas Peterson tells DW. (30.09.2014)

Widespread flooding in Canada and searing temperatures in the US: Weather patterns appear to be out of kilter. A similar development is taking place in Japan, with thousands being hospitalized due to scorching heat. (12.07.2013)

With temperatures soaring in Delhi and other parts of northern India, many are having a tough time coping with the sweltering conditions. For the homeless in the capital the problems are even worse. (31.05.2012)

Tulsi Rani, Special Commissioner for Disaster Management from Andhra Pradesh, said more shelters were being provided in vulnerable areas. He has also directed construction companies to provide relief for laborers.

Like in most calamities, this unprecedented heat wave has claimed the lives of many in the poorer sections of society, mostly daily wage laborers, who either toil for hours in the construction sector under the scorching heat of the sun or are employed by the government in social welfare schemes. Many homeless people have also died.

And if the unbearable heat was not enough, power outages lasting hours and erratic water supply have added to the woes of the citizenry across cities and towns in the northern region.

In Bhubaneswar, the capital of the eastern state of Odisha, the mercury reached a 10-year high of 45 degrees Celsius - 8 degrees above normal.

Following the death of a taxi driver in Kolkata, the capital of West Bengal, last week, unions have urged drivers to stay off the roads during the hottest part of the day. 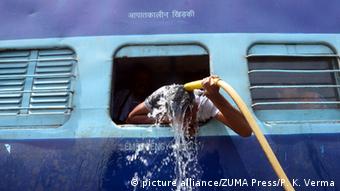 No rain in sight

The situation in the capital New Delhi was no different as the city reeled under the blistering heat. Roads and markets were partly deserted and traffic was scarce as most preferred to stay indoors.

The Delhi government has provided water coolers in temporary shelters for the poor and homeless numbering over 100,000 in the city.

For now all eyes are on India's southwest monsoons, which are expected to provide some relief. Unfortunately, the rains are not projected to arrive anytime soon. Once they hit India's southeastern coastline, it will likely take a few more weeks for them to travel upward before they reach the drier northern parts of the country.