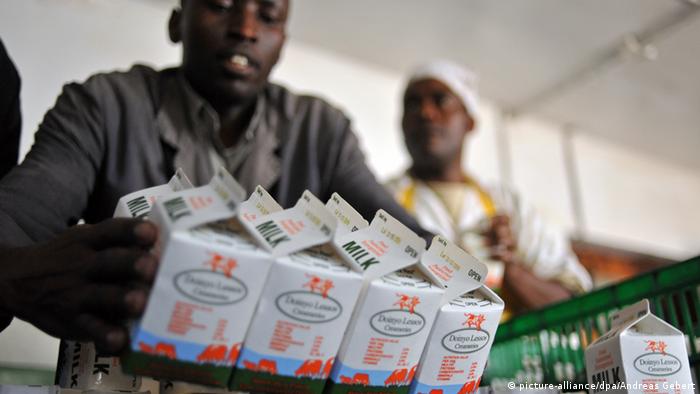 The boycott targets giants in the telecommunications industry and companies that deal in dairy products, cooking fats and oils. The head of the main opposition coalition, the National Super Alliance (NASA) Raila Odinga took the lead, publicly migrating from the Safaricom phone network, whose client he had been for the last ten years, to a new provider called Airtel.

Odinga accused the companies concerned of backing President Uhuru Kenyatta's reelection and abetting "the subversion of the will of Kenyans."

It is too early to say how many people have followed the boycott but already economists are warning that if widely heeded, it could lead to a massive loss of jobs. 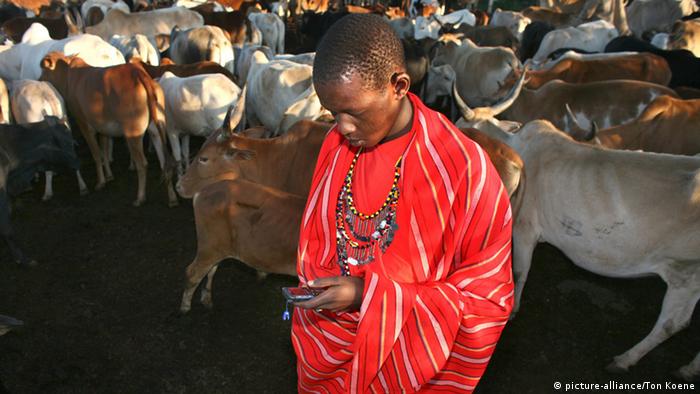 Phillip Ouma, another staunch opposition supporter, said that even though jobs were at stake, the boycott was for a better cause and sacrifices must be made. "First we boycott. The next stage is "kuhama sasa," which means "now we are moving." And that is why I am at this shop. Here I am changing from Safaricom to Airtel. We must teach Safaricom a lesson," Ouma said, accusing the company of meddling in politics and siding with the governing party Jubilee. "They helped them to rig our elections," he said.

Jane Atieno told DW that she will miss her favorite brand of milk. "I stopped drinking Brookside milk the day Raila Odinga told us not to. As you can see, I have bought milk from other companies."

Odinga, who withdrew from the October 26th presidential election, has vowed to add more companies to the boycott list. He said that if there is no justice for the people, there should be no peace for the government and its supporters. As growing numbers of opposition supporters heed Odinga's call, the companies have started to complain. Four days after the start of the boycott, the country's biggest telecom service provider Safaricom says it has started to incur losses.

Esther Muchemi, chairperson of the Safaricom telecommunications company dealers' association, said that they have felt the pinch. She warned that more than a million jobs are at risk. "We can say for a fact that we have experienced a decline, even at the individual dealer level. We can almost with certainty report that, yes, the politics are affecting the common citizen, including us. This call is likely to affect all the businesses. The economy is being affected and we dealers are being affected."

Kenya's vice president William Ruto has called the boycott an "extortion racket-style scam" and assured the affected companies of the government's support.

When Kenyans cast their ballots to pick the president, the roles played by ethnicity and tribalism are likely to be decisive. A youth alliance armed with a hashtag is hoping to end tribalism and its legacy in politics. (26.10.2017)

An ex-politician has filed a petition at the Kenyan Supreme Court challenging President Uhuru Kenyatta's victory in last month's election. The move is just the latest legal battle in a drawn-out process. (06.11.2017)

A week after the Supreme Court confirmed his win, William Ruto has been inaugurated as Kenya's fifth president. Tens of thousands of supporters showed up for the ceremony.

After losing in the presidential polls, lawyers for veteran politician Raila Odinga say they are challenging last week's election results. It's the last day when they can still do so.