Despite a gender quota in its 2010 constitution, men continue to dominate Kenyan politics. Many women who fight for political participation suffer harassment and even violence, with no apparent consequences for abusers. 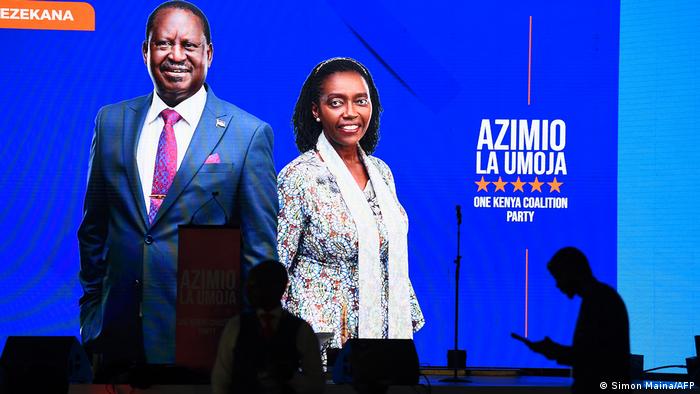 According to Kenya's constitution, women must make up one-third of elected and appointed organizations. But when Kenyans go to the polls on August 9 to elect a new president and parliament, there won't be many female candidates to choose from.

"We are rising, but we are not there yet. So I encourage more and more young women to go for elective positions because we can, yes, we can!" Susan Gitari, who is running for Embu county, told DW.

Reaching the goal set by the constitution is fraught with difficulties. According to the global Inter-Parliamentary Union, Kenya has the lowest rate of women in politics in East Africa, with women in 23% of parliamentary seats. Moreover, most of them are dedicated women's representatives and not mainstream members of parliament.

Male politicians ignored court orders to implement the gender quota by blocking legislation. Then in 2018, politicians stayed away from a parliamentary vote which would have guaranteed women one in three seats in the National Assembly. Since then, no further attempt to promote gender equity in parliament has been made.

Susan Gitari's sister, Mercy Wambui, who manages her campaign, is hopeful that things are beginning to change.

"We have had very good support from the people who understand her and who have had a brief history about her and know her capability," Wambui told DW.

"I want to say this is a moment for the women of Kenya," Karua said after her nomination in May.

Kenyan women who want to participate in political decision-making face more than just ill will from their peers.

Liz Njue knows all about this. When the Kenyan psychologist who wanted to vie for a county assembly seat arrived to vote in her party primary, opponents physically attacked her.

Njue fled without casting her ballot and lost the race. She reported the attack to the police, but there were no consequences.

Violence against women in Kenya

"People are saying 'we want women in politics, we want more women to get these political seats'. But how are they going to get them if they are humiliated?" said 39-year-old Njue, who had her hair pulled and her clothes torn in the attack.

Njue is one of the dozens of female candidates who have been physically assaulted while campaigning for the August 9 elections, according to the Kenya Women Parliamentary Association, KEWOPA.

Gender violence in Kenya is not confined to politics. According to UN Women, almost half of all Kenyan women have been beaten or sexually assaulted by their partners. In addition, 23% were child brides.

Women exposed to public scrutiny are often targeted for abuse by strangers. But many suspect political opponents are behind the abuse.

In November, two men on a motorbike attacked her on the street. "It was just to intimidate me, to make me step down," said Mugure, who continued campaigning but lost the nomination. 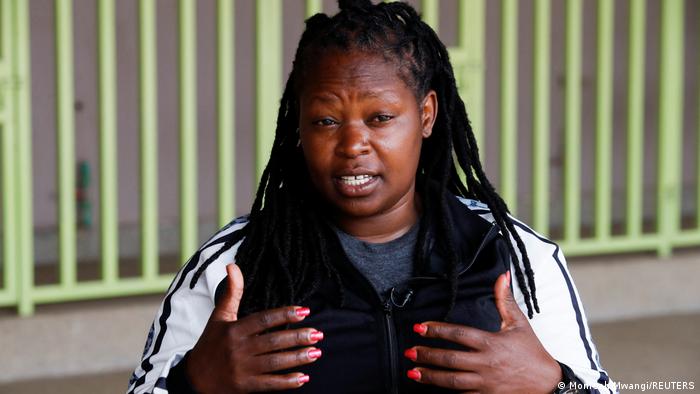 Besides physical attacks, abusers also prefer to use social media. For example, when Kenyan politician Esther Passaris, who represents Nairobi County, posted a tribute to her late father, trolls heaped abuse on her.

"It's mainly a lot of sexualizing, insulting them for doing things like dancing at a political rally, zooming in on a picture of their breasts or legs, or body shaming them," Mwangi said.

A growing number of Kenyan men are joining the chorus of voices warning of dire consequences.

"If no efforts are put in place to better protect women politicians online, we will see more women being put off politics," said Robert Wanjala, program officer at Article 19, which promotes freedom of expression.

"Ultimately, we will fail to be a truly democratic country as the voices of women will be missing," he said.

Felix Maringa contributed to this article