Nursultan Nazarbayev has been in office since 1990. He has been accused of repeated rights abuses, but in recent years, he has made changes to hand over more power to the legislature. 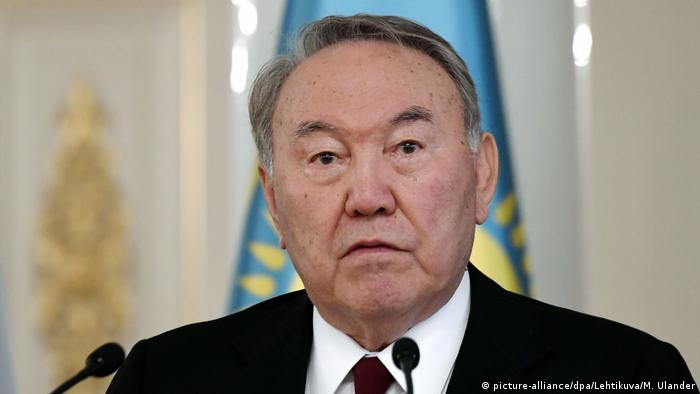 President Nursultan Nazarbayev, who has ruled Kazakhstan since the fall of the Soviet Union, announced on Tuesday that he would resign his office.

"I have taken the decision to refuse the mandate of the presidency," he said in a televised address.

A few weeks ago, Nazarbayev dismissed the country's government as it struggles with low oil prices and domestic discontent. Sanctions against Russia, the country's major trading partner, have also hurt the economy and fomented dissatisfaction with the government.

The president said that Kassym-Jomart Tokayev, speaker of the upper house of parliament and a Nazarbayev loyalist, will take over as the country's acting leader for the remainder of his term, as dictated by the Kazakh Constitution. This term ends in March 2020.

Nazarbayev, 78, became leader of the Communist Party in Kazakhstan while it was still under Soviet control in 1989, and was elected president of the newly independent nation a year later.

His repeated re-elections, often with over 90 percent of the vote, have met allegations of vote fraud. He has also been accused of instilling widespread corruption, silencing dissent, and human rights abuses.

Beginning in 2010, he began introducing reforms to try and encourage Kazakhstan to become a multiparty state, and in 2017, he proposed constitutional reforms that saw more power given to the country's legislature.

Nazarbayev is also known for attracting tens of billions of dollars in foreign investment and his close ties to Russian President Vladimir Putin.

Kazakhstan is a member of the Eurasian Economic Union (EAEU), a free-trade bloc that also includes Russia and Belarus.

Kazakh President Nazarbayev plans to give certain powers to parliament

Kazakh President Nursultan Nazarbayev announced during a televised speech that he would give some of his powers to parliament. This is seen as a move towards eventual political transition. (25.01.2017)