Kansai Yamamoto, known for his bold, eye-catching creations, has died at the age of 76. The Japanese designer won popular acclaim for the outfits he produced for David Bowie's alter ego, Ziggy Stardust. 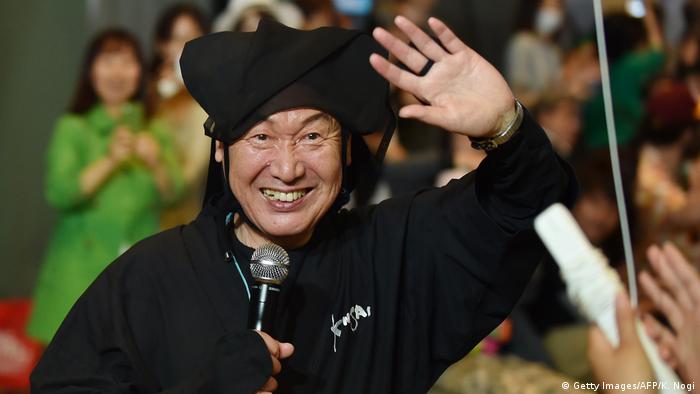 Japanese fashion designer Kansai Yamamoto, seen as a pioneer in his field, has died of leukemia at the age of 76, his daughter announced Monday.

"He left this world peacefully, surrounded by loved ones," actress Mirai Yamamoto announced on Instagram.

"In my eyes, my father was not only the electric and energetic soul that the world knew him as but someone who was also thoughtful, kind-hearted, and affectionate," she said.

Born in 1944 in Yokohama, Yamamoto started out studying engineering at university before switching to fashion design.

He gained global prominence in the 1970s, becoming the first Japanese designer to hold a show in London. He later won fans in singers Elton John and Stevie Wonder, and famously went on to design outfits for David Bowie's alter ego, Ziggy Stardust.

"I found David's aesthetic and interest in transcending gender boundaries shockingly beautiful," he told website The Cut in 2018.

Yamamoto showcased his unique designs in so-called super-shows around the world, including his event "Hello! Russia" that drew some 120,000 people to Moscow's Red Square in 1993. More recently, he collaborated with Louis Vuitton to create a collection inspired by traditional Japanese Kabuki theater.

In a statement announcing Yamamoto's death, his company said the designer's motto was "Humans are possessed of limitless energy."

"He never let this go, pursuing challenge after challenge, no matter how hard things got."