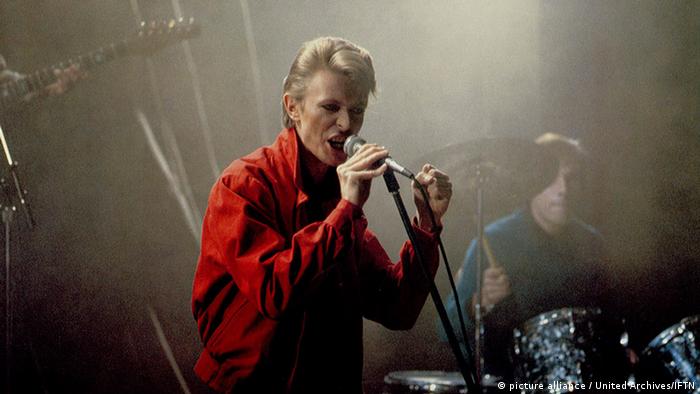 After years of reclusiveness, David Bowie released a new sad, thoughtful song in January 2013 that looked back at the past. There are pictures of the old West Berlin, of his apartment in the Schöneberg district. Today, a dentist's office occupies the spot. Many of bars and clubs from the 70s and 80s have disappeared.

Claudia Skoda was a close friend of Bowie at that time. But she can't really feel happy about the video for his new song. It's too sad and gloomy. She said she actually remembers the time as positive, the city as a place where people could do what they want, pursue what they were interested in and do it all without bowing to financial pressure that seems to dominate the German capital today. 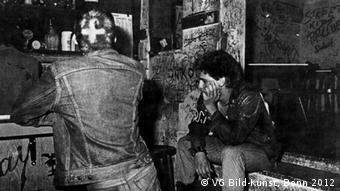 The fashion designer created her own label in 1973 and has since become internationally successful with her work. For the interview she shows up with a crème colored Skoda coat and her Airedale terrier Bliss. Instead of in a shabby former factory floor in Kreuzberg, she produces her work in Berlin's Mitte neighborhood and works with a subcontractor. When she talks about the former West Berlin, it's the story of her youth that she remembers fondly but without any nostalgia.

Life took place mostly at night, she recalled. In the clubs — which back then were called discos — with names like Park and Jungle. Psychedelic music, live concerts and early morning drinks in one of the gay bars and then on to some Italian restaurant on Kurfürstendam to grab a piece of cake for breakfast.

"There was no closing time in Berlin," Skoda said. Part of the nights of partying were also political discussions. About the then-ongoing wave of left-wing terrorism, about the punk movement and the people squatting in buildings across the city.

And then there was the Berlin Wall that cut right through the center of the city. The eastern part was close and yet so far away. In West Berlin people could listen to the news from both the West and the East, or watch television programs from both sides of the Iron Curtain.

Wolfgang Müller has written a book about West Berlin subculture. Initially, the publisher printed 1,500 copies — which sold out in three weeks. Over some 600 pages, the book reveals a kaleidoscope of stories, images and reflections. Neither melancholy nor glorifying, but lively and often somewhat bizarre.

One of his favorite stories was the meeting between fashion designer Karl Lagerfeld and Sunshine, a colorful outsider wearing torn stockings and jewelry made out of theater prop leftovers. The fashion guru was directing a photo shoot and asked Sunshine for a glass of wine from her two-liter bottle for a model to pose with. 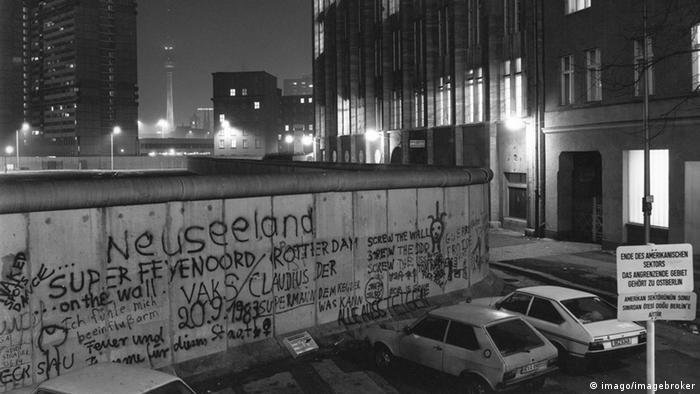 Divided by the Wall, the two Berlins were within sight but out of reach of each other

Müller is an unpretentious person who avoids clichés and simplistic explanations. Back then he studied art but the gallery scene in Berlin was too conservative for him. "Acting purely in self-defense," he began to make music. He and two friends started the band "Die tödliche Doris" (Deadly Doris).

It was the free and sometimes amateurish spirit that made the Berlin subculture so special. Highly subsidized and still neglected, the city provided unique opportunities for real and wannabe artists. The city also attracted young men from across West Germany as in Berlin they were exempt from the otherwise compulsory military service. The crowds of tourists had not yet arrived but there were those from abroad, like Bowie, who were interested in witnessing life on the frontline between East and West.

Müller described Berlin as a place of refuge for the people who disagreed with the pressure to make everything economically viable — a sentiment that was widespread across the rest of West Germany during the 1980s. In a way then, the Wall also had its advantages, he said, as on its western side a habitat for alternative lifestyles developed. 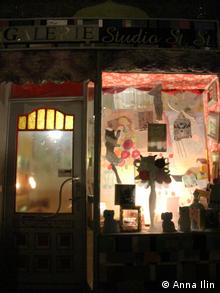 The spirit of 70s and 80s Berlin lives on in Galerie Studio St. St., Müller said

Berlin continues attracts people who want to experiment, whether in nightlife, art, or in their professional careers. But whether this is still possible is a different question. Much of what was deemed a scandal in the '80s has become part of the mainstream. And apart from the artists, investors have discovered Berlin, and while they bring in money, prices in the city have also steadily risen.

Where are we now?

Müller said the good sides of the old West Berlin spirit can still be found in the studio "Galerie Studio St. St." in the Neukölln district. It's a venue is a mix of gallery, cabaret and salon. The owner, Juwelia, has a talent for accepting people as they are without looking them up and down to make sure they look like they belong there.

The venue is worth a visit even on the nights when there isn't enough going on to warrant a live show. From the outside, there's a small, colorful shop window. Inside: a shimmering pink world, big and small paintings on the wall. They show cakes, people, legs in stockings, champagne bottles and much more. Almost all of the paintings are by Juwelia herself, who still greets all the guests herself.

There are pink panther LPs playing, champagne and a large birthday cake from a few days back. A couple from London comes inside for a drink and they say that they plan to spray some graffiti in the center of the city the next day. There's no menu in the club — people just drink what's on offer that evening and pay simply by leaving money in a jar.

In the early hours of the morning, you eventually find yourself out on street again, slightly tipsy, wandering on.

Hot techno beats, casual sex, and the coolest insider tips - Berlin's nightlife draws revelers from all over the world. But can the capital live up to its reputation? DW's Elisabeth Jahn went to find out. (02.02.2013)

Where Are We Now? David Bowie is back in Berlin

British music legend David Bowie has released his first single in a decade. It's called "Where Are We Now?" but his location is no enigma: Bowie's back in Berlin, his home for a time in the 1970s. (08.01.2013)