The Afghan finance ministry has accused some NATO-linked foreign companies of "running away" from paying taxes. This follows a claim by President Hamid Karzai that corruption is his country is "imposed" from outside. 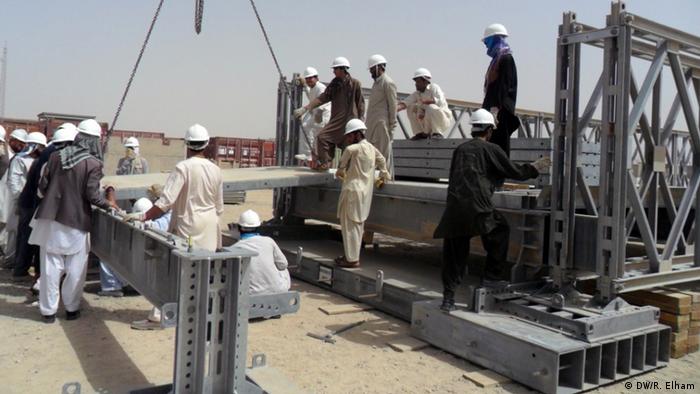 In Kabul, he told the German news agency dpa that foreign companies involved in security, logistics, communications and media were "evading tax."

The Afghan television report put the taxes lost at some 53 million euros ($70 million). Some 15 foreign companies, including 11 that provide logistics to the NATO-led coalition, were "violating Afghanistan's rules by not paying taxes," it said.

The finance ministry said these firms were using diplomatic channels and relying on NATO command in Afghanistan to block prosecution.

On Saturday during a televised speech to mark International Anti-Corruption Day, Karzai had said "corruption in our administration is small." 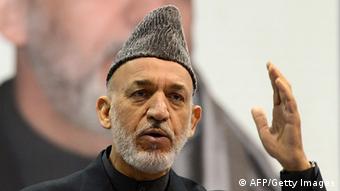 "The major corruption that involves hundreds of millions of dollars is not ours … it has been imposed on us," said Karzai.

"The big corruption is in transactions and contracts involving outsiders in Afghanistan … these contracts are given to senior government officials or their relatives."

He claimed that NATO's completion of its withdrawal of US-led troops, who for 11 years have fought Taliban insurgents, would "help Afghanistan get rid of corruption."

The anti-corruption watchdog Transparency International has long ranked Afghanistan as one of the world's most corrupt nations.

Foreign donors have conditioned payment of aid pledges once NATO combat troops withdraw on corruption being brought under control. They have long argued that anti-corruption efforts have been stymied by Karzai's unwillingness to prosecute political allies.

The issue was recently brought into focus by a scandal that almost brought the Kabul Bank to collapse. A foreign-funded inquiry found that fraud had run into hundreds of millions.

The last French combat troops have left Afghanistan. This comes two years before a deadline for all NATO combat forces to withdraw, and was hastened by inside attacks and a change of power in Paris. (15.12.2012)

In the third day of his visit to Afghanistan, German President Joachim Gauck has paid tribute to German soldiers who have been killed there. Further plans to visit a military camp had to be scrapped due to weather. (19.12.2012)

Taliban seize control of Kabul airport after US withdrawal — as it happened 31.08.2021

The Taliban have taken control of Hamid Karzai International Airport following the withdrawal of all US military personnel. Follow DW for the latest.