A US scientific agency has reported record-breaking temperatures in several regions across the globe, including Europe. Scientists have warned of the destabilizing effect of carbon emissions on Earth's climate. 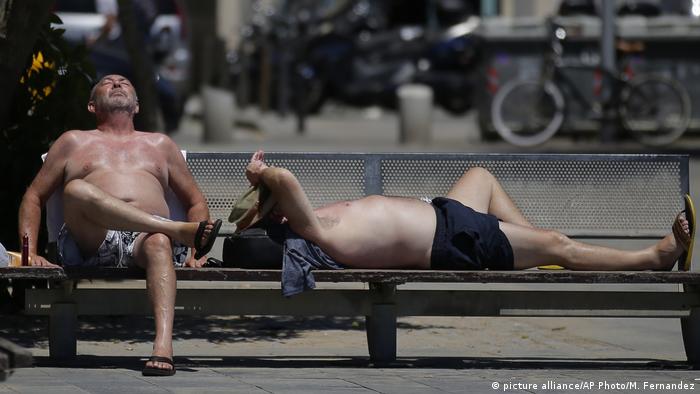 The US National Oceanic and Atmospheric Administration has said June 2019 was the hottest June in nearly 140 years.

The data confirms earlier reports from the EU's satellite agency that Europe's average temperature this year was 2 degrees Celsius hotter than normal.

Germany also recorded its hottest day in June with 38.9 degrees Celsius (102 degrees Fahrenheit) as measured in the western state of Rhineland-Palatinate. Other regions across the globe were also affected by record-breaking heat waves.

"The most notable warm temperature departures from average were present across central and Eastern Europe, north-central Russia, northeastern Canada and southern parts of South America, where temperatures were 3.6 degrees Fahrenheit [2 degrees Celsius] above the 1981-2010 average or higher," NOAA said in its monthly report on Thursday.

New records on the horizon

"With half of 2019 completed, this year is currently on track to be the second warmest year since global instrumental observations began," said Robert Rohde, lead scientist at the California-based Berkeley Earth organization.

Scientists have described the destabilization of Earth's climate system as a crisis that requires bold decisions to counteract. Reports suggest that despite global attempts to curb emissions and combat climate change, global warming will breach a 2-degrees Celsius threshold by 2050.

Activists in Germany and across Europe have demanded progressive policies to become CO2 neutral in the near future. Incoming European Commission President Ursula von der Leyen has pledged to put forward legislation to make Europe the "first climate neutral continent in the world by 2050."

Read more: Climate: 'Every year a contender for warmest on record'