Juncker is elected EU Commission president | Europe | News and current affairs from around the continent | DW | 15.07.2014

Jean-Claude Juncker has won the backing of the European Parliament to become the new head of the EU Commission. He's promising a lot to various people, but has to deal with the recalcitrant Brits - and find more women. 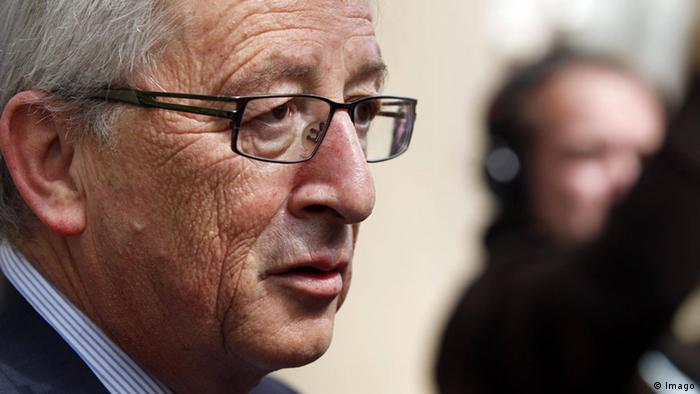 The new president of the European Union Commission is known for his biting statements and occasionally surreal sense of humor. There was an inadvertent example of it in a recent interview with German tabloid Bild am Sonntag, in which Jean-Claude Juncker complained that governments had lost democratic control over their own intelligence agencies - his reaction to the surveillance of European citizens by US spies.

Juncker neglected to mention that he himself was forced to resign as prime minister of Luxembourg a year ago because, following a domestic scandal, he apparently failed to keep control of the diminutive secret service in his tiny state. Juncker subsequently failed in his bid to be re-elected to an office he had held since 1995 - a whole 18 years.

Suddenly Juncker had no official post - so it suited him nicely that German Chancellor Angela Merkel, also a Christian Democrat, proposed that he become leading candidate for the European People's Party (EPP) in May's European election. "Angela Merkel offered me the EPP candidacy on November 7," he told the German tabloid. "Since then I have not only backed the candidacy, but consistently driven it forward." 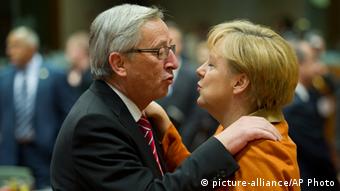 But Merkel only gave Juncker her public blessing for the presidency of the EU Commission later. It took until the EU summit at the end of June, when she realized that British Prime Minister David Cameron and his Hungarian counterpart Viktor Orban would vote against Juncker, for her to back him fully.

On Tuesday (15.07.2014) the European Parliament in Strasbourg voted Juncker into office by a clear majority of 422 votes to 250, with 47 abstentions and 10 spoiled ballots. Juncker will become President of the European Commission on 1 November, succeeding Portugal's Jose Manuel Barroso, who has held the post since 2004.

At the moment, Juncker has a problem with women - or rather ,the number of women to have been nominated by EU members to one of the commissioner roles. Up until now, only two women candidates have been announced, but the European Parliament wants at least a third of the leading positions in the EU to have female occupants.

Androulla Vassiliou of Cyprus, currently the culture commissioner, called on Juncker, on behalf of her female colleagues, to nominate at least ten women. "The female commissioners of the current EU Commission are very concerned that the next Commission will not have enough women," Vassiliou told the press in Brussels. Juncker, fearing defeat in parliament, has now made this demand his own.

He called on the governments of Europe to send women to Brussels, tempting them with the prospect of particularly important offices. "The parliament does not want to approve a Commission with too few women," he told Bild am Sonntag. "And I don't either." 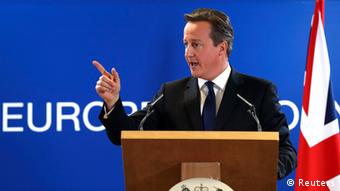 Cameron was one of two European leaders who voted against Juncker

In the days leading up to the vote in the European Parliament, Juncker visited all of its factions to lobby for himself and his program. "I want to be a compromise machine," Juncker said during his election campaign. He told MEPs that he wanted to build a better Europe that cares about jobs and social issues, and doesn't micro-manage with minute regulations.

To the Socialist faction, whose votes he needs, he promised a loosening of the eurozone's debt rules, winning praise from the Socialists' Italian faction leader Gianni Pittella: "In this question we expect a positive influence from EU Commission President Juncker."

Meanwhile, Juncker promised his own EPP faction a different course. "It's important to us that the Stability and Growth Pact isn't altered," said faction leader Manfred Weber.

Juncker then went on to promise the southern European states - currently suffering under harsh austerity measures - a complete restructuring of the hated financial supervision by the "Troika" - the EU, the International Monetary Fund, and the European Central Bank, saying: "I think we have to think about how to give the Troika a bit of democracy."

Juncker also spoke to the Euroskeptic factions - both the moderate and the radical European ones. He promised British Conservatives under Prime Minister David Cameron that their calls for reform would be heard. "He said he would be open to British interests," British Conservative Syed Kamall said following talks with Juncker. And yet, after the last summit, Cameron called Juncker "the wrong man, from yesterday." 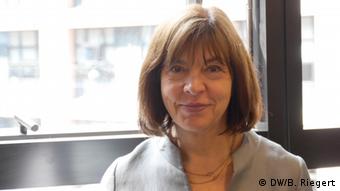 Juncker knows that he can expect serious opposition from Downing Street, while the British can expect an important post in Juncker's Commission as a peace offering. Juncker is said to have been offended when the British press brought up supposed health problems, and his father's alleged Nazi past - but he wants the British on board, as he told parliamentarians from Cameron's party. "I explained my true character to them," he said. "They still believed what the British tabloids were writing."

Many friends in different camps

In the last 25 years, Juncker has taken part in all of the EU's decisive steps. He is the most experienced of all European politicians - which his critics think is a disadvantage. But he even likes to overwhelm his political opponents in the parliament with charm and friendly gestures. A clap on the shoulder for Europe opponent Nigel Farage, a bear-hug and a kiss on the forehead for liberal Louis Michel. Friendly waves in all directions, patient interviews, and kisses for his many friends in the European political field, including the Green Party's faction leader Rebecca Harms. "He feels well-prepared for the power struggles among the EU institutions," she said. "He knows those institutions. There is nothing here that could surprise him. There is nothing he hasn't already experienced in the European Council."

Juncker himself is always trying to spread a good mood and raise the EU's popularity among its citizens. "It often gets on my nerves that Europe is admired and praised outside Europe, and not inside Europe," he said in an interview with Deutsche Welle during his election campaign. Europe has brought peace, created a domestic market, and a common currency - that is much admired, Juncker said.

On Wednesday, EU leaders are set to discuss the appointment of more leading positions and the creation of the new EU Commission that will take office on November 1.

After the win of his European People's Party, Luxembourgian Jean-Claude Juncker will become the European Commission's new president. But what will he stand for as new head of the European Union's most powerful body? (15.07.2014)

"A bad day for Europe" is how UK Prime Minister David Cameron described Juncker's nomination for President of the European Commission. It was a bad day for Cameron himself at least, as a glance into the press shows. (28.06.2014)

What the EU Commission president does

The European Commission president is a key figure in the most important EU body, analogous to a head of state, with a broad policy mandate. DW reviews how the commissioner is appointed as well as his or her key tasks. (28.06.2014)