The failed assassination attempt of July 20, 1944 is the starting point of the German Resistance Memorial Center. Chancellor Angela Merkel has inaugurated its new permanent exhibition in time for the 70th anniversary. 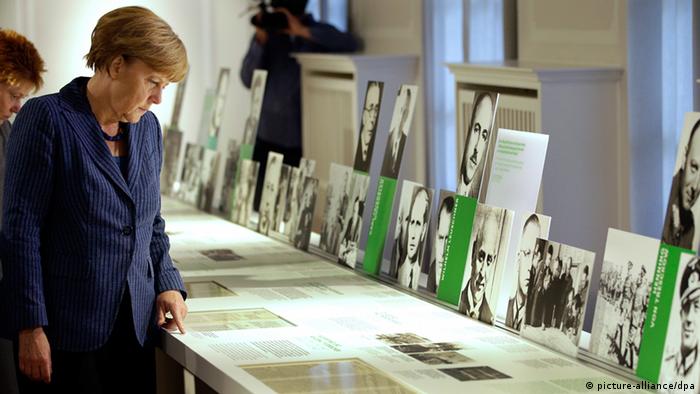 The White Rose, the Red Orchestra, the Kreisau Circle - the resistance against the Nazi terror regime had many names. It included people from all sorts of backgrounds: the nobility and the military, and white collar workers, students, artists, Jews, Christians and Roma. They had many motives for risking their lives to stand up to Hitler and his many helpers: political, ethical, religious.

In early July, German Chancellor Angela Merkel paid tribute to the resistance movements at the German Resistance Memorial Center in Berlin on the occasion of the opening of its new permanent exhibition. In attendance at the Bendlerblock complex were several hundred guests, including witnesses to the events of 1944 and relatives of the plotters.

The place is - like so many in Berlin - almost overloaded with history. The sprawling buildings from the imperial period long served as offices for high-ranking military officers. Here, war plans were drawn up - as were the plan for "Operation Valkyrie."

Officially, this was described as a scenario of how internal unrest and a worker uprising could be dealt with. In reality, "Valkyrie" was the cover for a coup planned by a group of conspirators around Claus Schenk Graf von Stauffenberg.

But Adolf Hitler survived the explosion of the bomb Stauffenberg planted on July 20, 1944 at his East Prussia headquarters, the "Wolf's Lair." A few hours later, the men who had plotted to overthrow the Nazi regime were summarily tried and shot in the courtyard of the Bendlerblock.

Since 1952, that courtyard has been the site of the annual commemoration of the resistance to National Socialism. There could be no more appropriate location for the German Resistance Memorial Center and its permanent exhibition, which opened in 1989. The Berlin office of Germany's defense ministry has also been located on the premises since 1993, in a tribute to the conspirators. 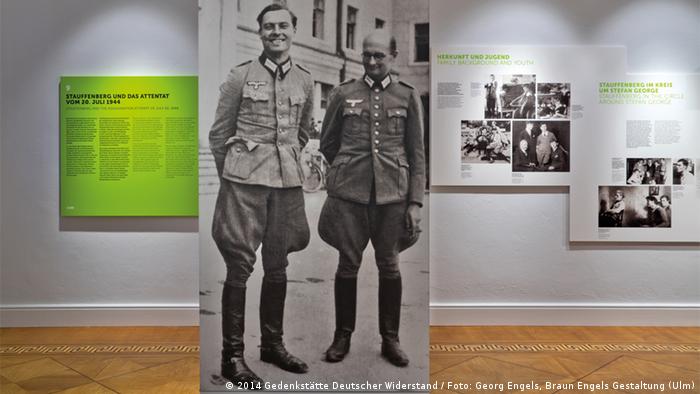 In her speech, Merkel spoke of the historic importance of the Bendlerblock, located in what is once again Berlin's diplomatic quarter. Visitors to the memorial are confronted with the past, "but without losing the solid ground under the feet of the present," she said Places like the Bendlerblock "sharpen the senses." And despite its deep connection to the 1944 plot, the Memorial Center embraces "far more than Stauffenberg and his group," she said.

The actual content of the new exhibition has changed very little, but the way it is presented now meets the needs of 21st-century museum visitors. The black-and-white photos and text panels remain, but there are now also large wall displays, computers with touch screen as well as multimedia documenting the history of the German resistance between 1933 and 1945.

The 18 themed rooms give a solid overview of the various resistance movements. In the twelve years of Nazi rule there was "another Germany," beyond the millions of criminals and opportunists, Merkel said.

During her tour, the chancellor was able to watch the course of the failed assassination attempt in room 11. Just as TV news stations use scrolling messages at the bottom of the screen, monitors showed the events of those dramatic hours. Accordingly, Stauffenberg and his fellow conspirators launched Valkyrie at 4 p.m. At first, it looked like the coup would succeed. But as the news came in that Hitler had survived, the situation became increasingly confused. Valkyrie had failed.

Among the conspirators was Army Chief of Staff Ludwig Beck. His attempt to take his life in the face of defeat failed. He was eventually shot in his office, which was previously not open to the public. Today it houses multimedia documentation of the hours of July 20. 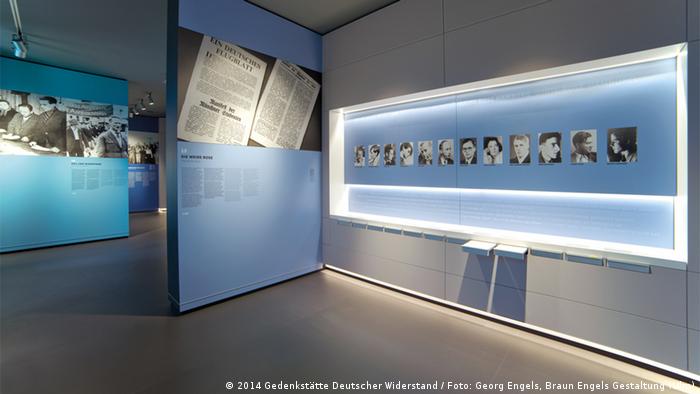 Exhibit on the White Rose, perhaps the most famous resistance movement

The new exhibition, designed by architect Ursula Wilms, cost nearly four million euros. Wilms was previously responsible for the "Topography of Terror" - the museum housing the remains of the Gestapo's torture cells, only a few kilometers away.

Ewald von Kleist, the last surviving member of a group of German officers who tried to assassinate Adolf Hitler in 1944, has died at age 90. After the war von Kleist played a prominent role in transatlantic relations. (13.03.2013)