Julia Klöckner - the successor to Chancellor Angela Merkel? | Germany | News and in-depth reporting from Berlin and beyond | DW | 09.03.2016

Ahead of Rhineland-Palatinate's state election, German Chancellor Angela Merkel has turned out to support her party's candidate to lead the state. But just who is Julia Klöckner? 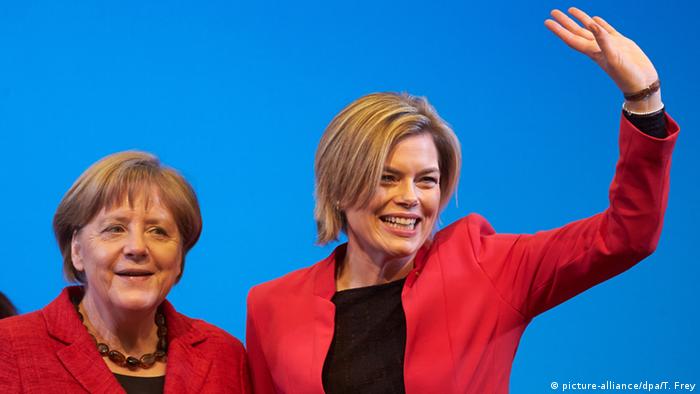 "We didn't plan the jackets beforehand," Julia Klöckner said to rapturous laughter. Standing beside the German chancellor in near matching red jackets, the Christian Democratic Union's (CDU) hope for the state of Rhineland-Palatinate said the pair had, however, seemingly dressed appropriately for Germany's red wine region.

With only days to go until Sunday's pivotal state election in Rhineland-Palatinate, the CDU's leading ladies came out in force on Wednesday for a final campaign push. For Merkel, who in addition to being chancellor is also the head of the CDU, the upcoming vote is the party's chance to oust the Social Democrats (SPD) after 25 years in office. For Klöckner, a win on Sunday is likely to hurl her career forward, making her a prime candidate to become Merkel's successor.

The daughter of a local winemaker from the western German town of Guldenthal, Klöckner began her political career at the age of 24 when she joined the CDU's youth arm. Just five years later in 2002, she became a member of the Bundestag - Germany's lower house of parliament - before taking on the role of parliamentary undersecretary in the Ministry of Food, Agriculture and Consumer Protection.

Following the CDU's disastrous 2006 state election in Rhineland-Palatinate, the party found a beacon of hope in Klöckner and in September 2010, appointed her as the fraction's leader - bringing a burst of youth to a somewhat antiquated party. Two years later she was elected as the CDU's deputy federal chairwoman. Now surveys show her running neck-and-neck with SPD candidate and current Premier Malu Dreyer. A poll released Wednesday showed both politicians receiving 35 percent of voters' support.

Since entering the Bundestag, Klöckner's likability among the CDU electorate has grown enormously - largely thanks to her balancing act between the modern and the conservative.

While Klöckner has reserved the streak of conservatism that devout CDU voters have missed in recent years, she has also strived to bring modernity to the party.

Her staunch pride for her home region and local dialect has also brought her closer to the people, with many of her supporters referring to her with a familiar fondness as "our Julia." 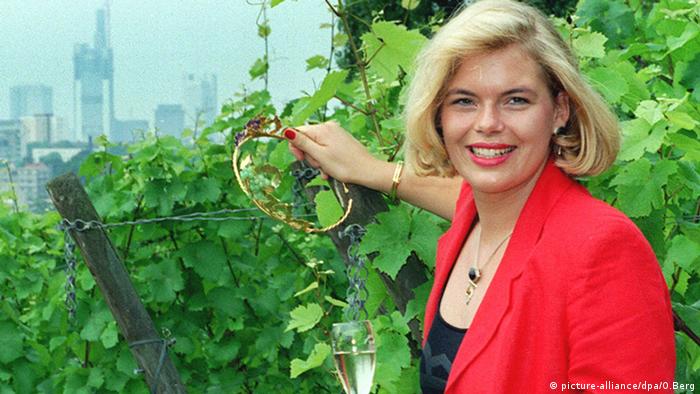 For others, Klöckner looks to widen prospects for young women in Germany. She has made calls for a legally enforced gender quota in publicly traded companies and criticized fad diets in fashion and lifestyle magazines. Klöckner has her bases covered.

After Merkel's three terms in office, another successful woman in German politics could be seen as a force to be reckoned with. A sticking point for many a women's rights campaigner, however, is the CDU member's public opposition to abortion.

As the 1995/96 "German Wine Queen," the 43-year-old has also used her experience in the media to her advantage, seizing the ongoing refugee crisis to move ever nearer to the CDU's center stage. Klöckner makes no bones about her ambitions and continues to increase her presence in federal politics. Her proposals for the refugee crisis alone are evidence of that.

Following the New Year's Eve sexual assaults in Cologne, the issues surrounding Europe's migrant crisis found a new dynamic, leaving it a firm topic on Klöckner's campaign agenda ever since.

With no apparent fear of ruffling a few feathers, Klöckner has continued to press for a legal binding "duty of integration," which requires asylum seekers uphold the values of German society and demands migrants to learn the German language.

"Anyone who can't uphold these principles," Klöckner said on Wednesday, has "obviously chosen the wrong country."

In January, Klöckner also proposed an alternative refugee policy, known as "A2" - plans that have challenged the chancellor's widely disputed open-door asylum policy. While managing to sound like a Merkel critic, indicating that she takes her citizens' concerns seriously, Klöckner still succeeds in remaining loyal to the chancellor or "dear Angela," as Klöckner calls her, by supporting Merkel's European refugee policy plans.

Until Sunday, however, Klöckner and Merkel must remain comrades in arms with only one short-term goal in sight: to see out the Social Democrats in Rhineland-Palatinate.

Opinion: No end in sight for the Merkel era

Angela Merkel has been re-elected as party chief of the CDU with 97 percent of delegates’ votes. And there’s no sign of Merkel fatigue. The chancellor has her sights set on the 2017 parliamentary elections. (09.12.2014)