Iranian Saeid Mollaei just wants to be a judoka and an athlete. He’s had to fight a long time for that status and in Tokyo rewarded himself with a silver medal. His story begins and ends in the Budokan. 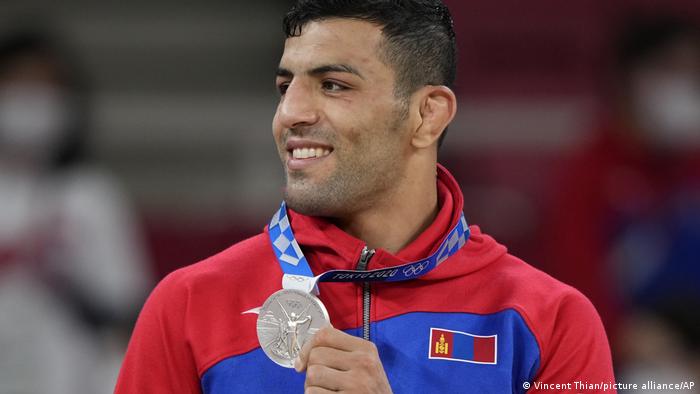 The Nippon Budokan is known as the spiritual home of Japanese martial arts - especially judo. The sport made its Olympic debut here at the first Tokyo Games in 1964. The octagonal main hall in Kitanomaru Park is modeled after the Horyu-ji temple in Mara and conveys an air of power and tranquility.

For judoka Saeid Mollaei, it is a very special place. "I want to dedicate this medal to myself first and foremost. Then to my family and then to all those who have supported me," the newly crowned Olympic silver medalist told Deutsche Welle at the press conference. The Iranian had fought his way to the final in the 81 kilogram weight category over the course of four bouts, but couldn’t get the better of home favorite Takanori Nagase of Japan. 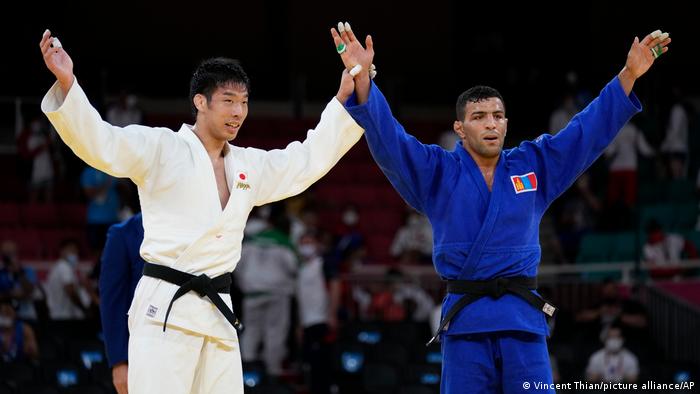 Takanori Nagase of Japan (l.) and Saeid Mollaei of Mongolia (r.) celebrate the competing in the final of the men's -81kg judo category

Why did Mollaei not compete against Israeli athletes?

The Budokan, where some 11,000 spectators were expected to cheer on the judokas during the Olympic Games, is familiar territory for Mallaei. After all, it is where he lost the semifinals at the World Championships as the reigning champion two years ago - a defeat that would change his life.

Mollaei's coach received a call earlier that day from Iran's deputy sports minister with clear instructions: Mollaei was not to advance, he might eventually face an Israeli opponent in Sagi Muki during the competition. For decades, Iran has forbidden its athletes from competing against athletes from Israel because it does not recognize the country as a state. However, Mollaei continued to fight and defeated his next opponent as well.

Then, shortly before the semifinals, a staff member from the Iranian Embassy approached Mollaei in the warm-up hall and told him that security forces were at his parents' house. The judoka secured his passport, took to the mat and narrowly lost to Belgium's Matthias Casse - a final against Muki was averted. "You're supposed to be brave in life. But a thousand questions went through my head. What will happen to me or my family? So I listened to the order," Mollaei later admitted. The world title was won by Israel’s Muki.

Why is Mollaei competing for Mongolia?

On Instagram, Mollaei congratulated his successor. In Israel, he is celebrated for this gesture. "Thank you, Saeid. You are an inspiration as a person and as an athlete," Muki responded. The Ayatollah regime reacted angrily though and, after the World Championships, Mollaei departed for Germany. His dream of Olympic gold thus looked dead, because his home country would never again nominate him for a tournament. 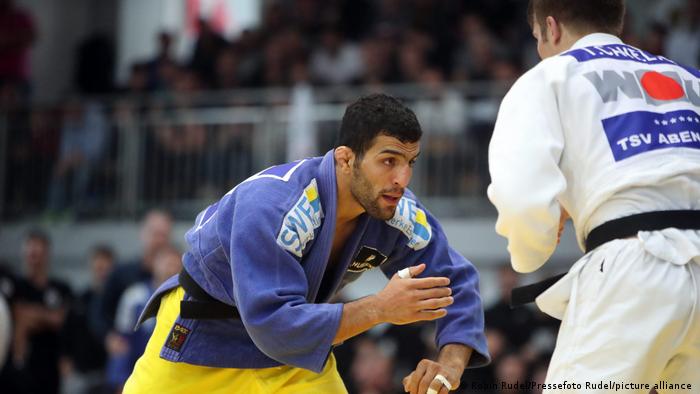 The International Judo Federation (IFJ) supported Mollaei in his goal to compete at the Olympic Games - either in the refugee team or as an athlete of another flag. Mollaei accepted the offer of Mongolian President Chaltmaagiin Battulga to compete for the Central Asian state in the future. Asked about the Tokyo Olympics, Mollaei said, "I will come back and reclaim my right."

Why is the Budokan important to Mollaei?

In February, he traveled to Israel to compete in the Grand Slam tournament. This made him the first athlete from Iran to compete in a tournament hosted in Israel since the 1979 Islamic Revolution.

Although Mollaei now also holds a Mongolian passport, Iranian law states that Iranian citizenship cannot be renounced. For Mollaei, it was nevertheless liberating. "I am very happy. Now I am like any other athlete. I am free, no problems, no politics - just an athlete." He also spent the last two months before the Olympics in Israel, training with world number six Muki, with whom he is now close friends.

Now back in Tokyo, Mollaei’s story comes full circle at the place where it began, the Nippon Budokan. In the semifinal he would have met Muki, but the latter had lost a round earlier. Mollaei made it to the final and went on to win the Olympic silver medal. "I've been through a lot, I can't see my family. But now, after two years of hard work, I'm back here," Mollaei explained when asked by DW. "Because I never really said goodbye to this place."