South Africa's Oscar Pistorius case is to go to appeal. Judge Thokozile Masipa allowed prosecutors to ask the Supreme Court of Appeal to re-examine the manslaughter verdict, but rejected an appeal on other issues. 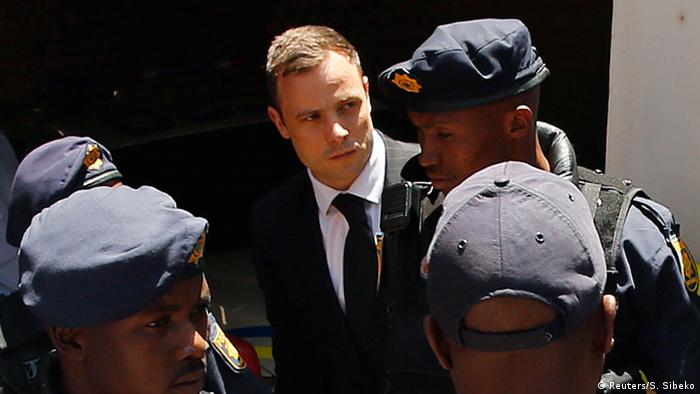 Judge Masipa on Wednesday granted prosecutors leave to appeal against the conviction of Oscar Pistorius for culpable homicide rather than murder.

But the Pretoria judge refused them leave to appeal against the 5-year prison sentence imposed at the conclusion of his previous trial for culpable homicide, or manslaughter.

Masipa said on Wednesday that the prosecutors' prospect of persuading the Supreme Court of Appeal to change the sentence stemming from the manslaughter verdict was "remote."

She went on to dismiss their application for appeal on those grounds.

In October, Masipa convicted Pistorius over the lesser charge of culpable homicide. The sentencing for that could see him released from prison after 10 months, to be held under house arrest.

Pistorius fatally shot Reeva Steenkamp in his home on Valentine's Day last year. He said he thought a dangerous intruder was in the house; prosecutors had alleged that he killed his girlfriend after an argument.

Steenkamp's family had also described the sentence as insufficient.

The case has gripped South Africa, where coverage of the murder trial has prompted wide debate about the fairness of the country's justice system.