Spain's top prosecutor Jose Manuel Maza has died unexpectedly at the age of 66 while in Argentina for a conference. Maza had been leading the probe against members of Catalonia's ousted regional government. 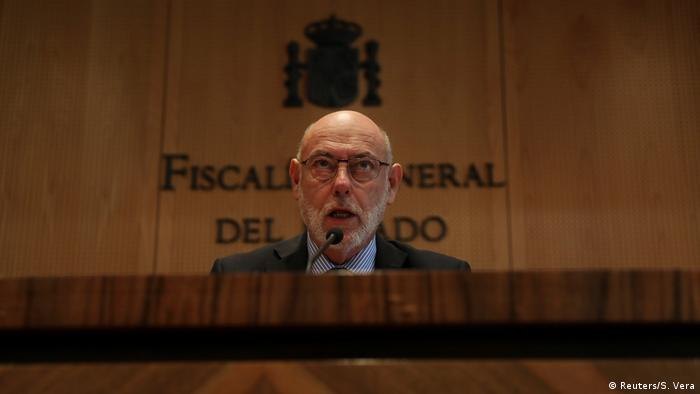 Spanish Attorney General Jose Manuel Maza died unexpectedly on Saturday after being admitted to a Buenos Aires hospital for an unspecified illness.

Maza had been in the position for just under a year, and had most recently led the Spanish state's investigation into 14 members from Catalonia's ousted regional government for alleged rebellion, sedition and misappropriation of public funds.

As of Saturday, there was no clear candidate in place to take over the office left vacant following Maza's passing.

The Spanish government must choose its preferred candidate after hearing from the General Council of the Judiciary. That candidate must then be approved twice over before he or she can formally be appointed; first by a Congress commission and then by the king.