In the run-up to her induction into the Rock & Roll Hall of Fame, folk legend Joan Baez touts her condemnation of the new US president with a critical ditty. 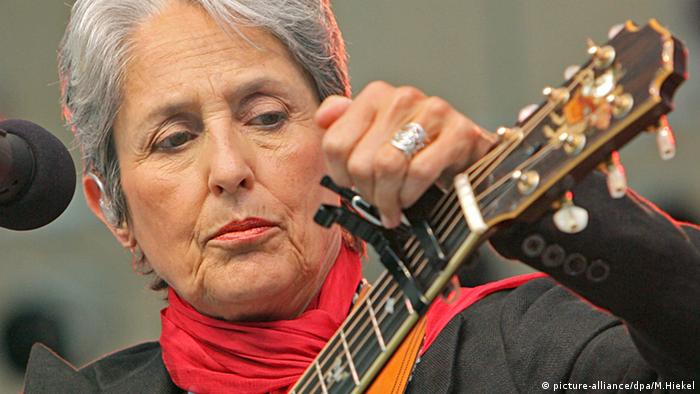 "Maybe I'm grateful for Trump, because otherwise it would seem very bland," folk and rock legendary singer Joan Baez told "Rolling Stone" magazine in an interview. Her critical view of Trump has certainly inspired her creativity.

Fans can witness that on her Facebook page, where on Wednesday she uploaded her anti-Trump ditty "Nasty Man" that has since gone viral, with some 1.7 million views within a day.

In the song, she suggests the US president should perhaps consult a shrink. She mocks his plans to build a wall to Mexico and the absence of his wife. "It's not a good song, but it will make people laugh," the singer told "Rolling Stone."

This brand of comic relief may well go hand-in-hand with a new wave of protest songs. According to the magazine, the musician hadn't penned a song in 25 years, up until last year's presidential race. Since then, she's written five.

She's also once again become a shining light in the anti-Trump protests that have rolled across the United States - including one last fall against the Dakota Pipeline at Standing Rock and at women's marches in January. 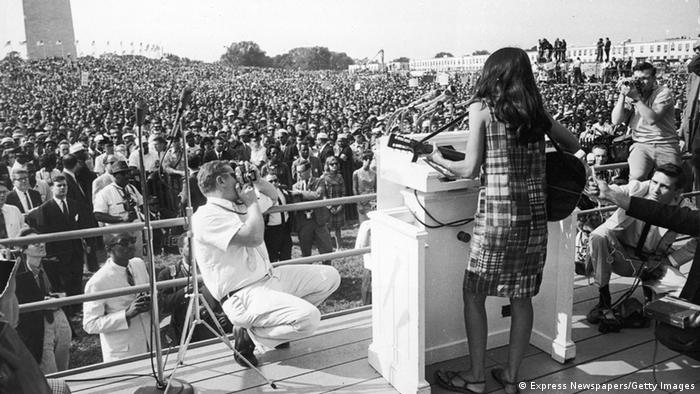 Joan Baez gave voice to the Civil Rights and Peace Movements of the 1960s, like here in Washington

Baez' career has spanned nearly six decades, with her clear, pristine voice and her soulful, Guthrie-like guitar-plucking helping to forge the US Peace Movement of the 1960s.

Her contribution to music will be honored on Friday, when she is to be inducted into the Rock & Rock Hall of Fame.

Some 180 theaters across the United States will show the film adaptation of George Orwell's dystopian novel "1984" on April 4. Organizers said the story of a government that "manufactures facts" is timelier than ever. (29.03.2017)

The message in Nobel Prize-winning playwright Elfriede Jelinek's one-woman monologue is clear: 'The king is guilty.' The Austrian artist plays with pop culture in the work that premiered in Trump's hometown: New York. (28.03.2017)