Jewish immigration to Israel increases in 2018

Almost 30,000 Jews immigrated to Israel over the past year, the country's immigration agency says. Around a third of them came from Russia. 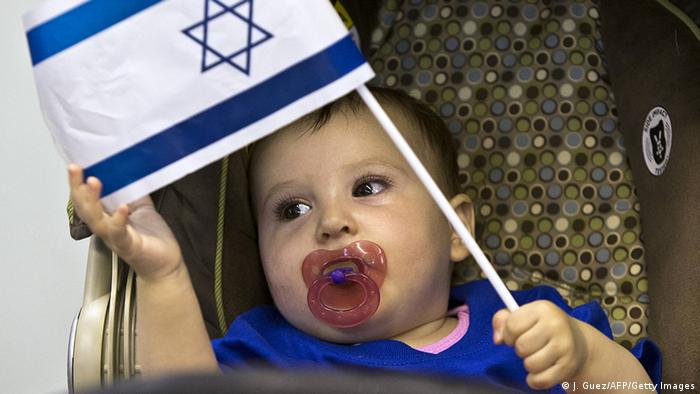 Immigration by Jews to Israel rose by 5 percent over the past year, with 29,600 people moving to the country in 2018, according to figures released on Sunday by the state immigration organization "Jewish Agency for Israel."

More than 10,500 of the Jewish immigrants came from Russia, the agency said, an increase of some 45 percent over 2017. In contrast, immigration from Russia's neighbor, Ukraine, went down by 9 percent to 6,500.

Argentina saw a spike of 17 percent more Jews relocating to Israel, though the number of immigrants coming from the country was far more modest at 330.

The number of immigrants coming from the US and Canada remained stable at 3,500, while immigration from France dropped 25 percent to 2,660 people. Just 660 came from the UK and 330 from Brazil, a drop of 4 percent in each case.

"Every Jew who comes to Israel and establishes a home here completes another piece of the wonderful mosaic of the Jewish people in their historic homeland," said agency chairman Isaac Herzog.

More than 3 million Jews have moved to Israel since the State of Israel was established in 1948, and the country and its adjacent territories contain more than 40 percent of the world's Jewish population.

An Israeli law called the Law of Return, passed in 1950, gives all Jews the right to move to Israel and obtain citizenship if there are no valid grounds, such as a serious criminal record, against it.