Unknown vandals have destroyed gravestones in a Slovakian Jewish cemetery. The cemetery manager described the act of desecration as "barbaric." 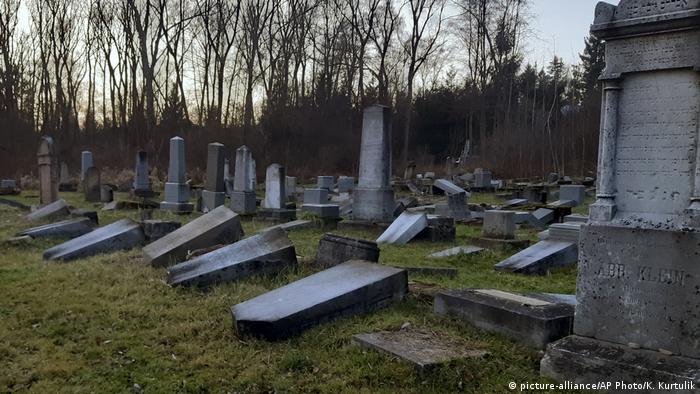 Vandals damaged dozens of gravestones in a Jewish cemetery in Slovakia, local authorities announced on Tuesday.

"When I discovered this, my legs went weak. It's a barbaric act," said the cemetery's general manager Karol Kurtulik.

"Anti-Semitism is spreading through fake news and online conspiracy theories," he added.

Local police said they had launched a criminal investigation into the incident. Kurtulik said that local groups were appealing for funds to repair the damage done.

"Many locals but also people from across Slovakia have contacted me offering to help," he said. He vowed to persist in maintaining the cemetery, which was restored in 2010 after decades in disrepair.