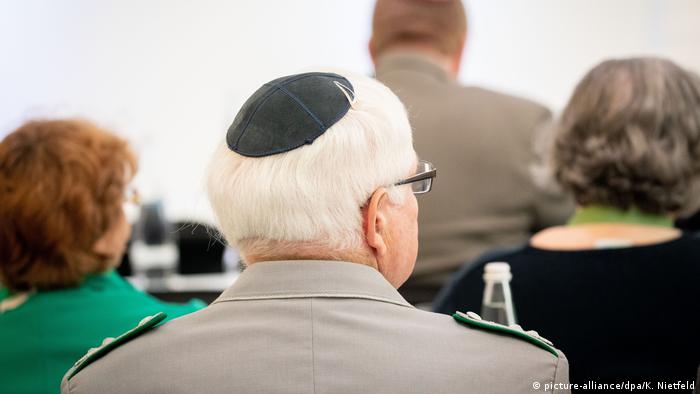 The German military is set to employ rabbis as chaplains after the federal government agreed on Wednesday to sign a state treaty with the Central Council of Jews.

The Cabinet decision, which needs to be passed in parliament, will see Germany's main Jewish organization propose candidates for Jewish pastoral care in the armed forces and the Bundeswehr will make the final selection.

Major Christian faiths have had pastoral care representatives in the Bundeswehr for decades now, regulated through a treaty with the churches. Of the approximately 180,000 soldiers, about 90,000 are registered voluntarily as Christians. They are cared for by Protestant and Catholic pastors.

"Today at the Cabinet meeting, we sent an important signal to our Jewish soldiers," Defense Minister Annegret Kramp-Karrenbauer said on Twitter.

"After about 100 years, we will install a Jewish military rabbi in the #Bundeswehr again. A clear commitment: Jewish life is self-evident in our country."

There are about 300 soldiers of Jewish faith and about 3,000 Muslim soldiers serving in the Bundeswehr.

There are plans for Muslim representatives, but this is complicated by the fact that there is no central Islamic body with which to negotiate.

Other European militaries have successfully introduced rabbis into their forces, including France and the Netherlands.

Merkel is paying her first visit as chancellor to the site of the Nazi concentration camp and extermination center Auschwitz-Birkenau. While it is "a place that commands silence," the setting also demands earnest words. (05.12.2019)