Jean Ziegler: 'Biofuels a big cause of famine'

People around the world should stand up to their governments on the issue of food speculation and price dumping says Jean Ziegler, former UN Special Rapporteur for the Right to Food, in interview with DW. 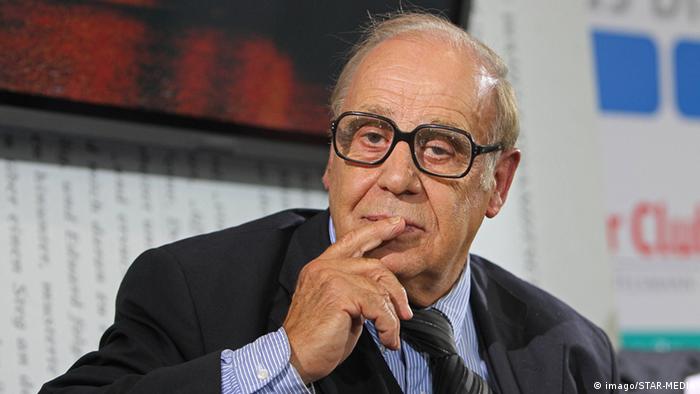 DW: Mr. Ziegler, who is at fault for the fact that every five seconds worldwide, a child starves to death?

Jean Ziegler: The mechanisms that cause death by starvation are all human-caused reasons. The main reason for this daily massacre is speculation on the food market. Half of the global population lives in cities, where food is not produced. According to World Bank data, 1.2 billion humans are "extremely poor." If the corn price were to explode again, like it did in the past two years by 63 percent, then these people will die because they cannot pay these prices.

The second reason is biofuels. Let's take the example of the largest producer in the world, the United States of America. In 2010, the USA burned 138 million tons of corn and hundreds of million tons of grain in order to manufacture ethanol and biodiesel. If you have a car that runs on biofuel, you would have to use 352 kilograms of corn in order to fill up a 50-liter tank. A child in Zambia or Mexico - where corn is a basic staple - could live on this amount for a whole year.

Then there is the price dumping. In Africa, vegetables - whether Greek, German, Portuguese or French - are sold for as little as half as much as the African products. And though the African farmer may labor away hard, he doesn't have the faintest chance of receiving a fair wage if he tries to compete.

So it's really economic interests that allow the population to go poor?

Of course, that's predatory capitalism for you.

And what role do politicians play? 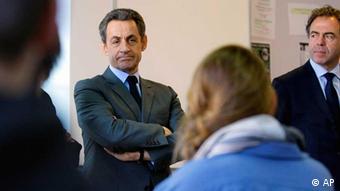 Sovereignty, the normative strength of the state, melts away like a snowman in spring against this. The ten largest multinational food companies controlled 85 percent of all food traded in the world last year. These companies have power that kings, emperors or popes never had. They are beyond any social control.

A little anecdote: Nicolas Sarkozy, the former French President, said on French television on October 8, 2011 that at the upcoming G20 summit at the beginning of November in Cannes, food speculation would be banned. Then the summit occurred and there wasn't a word of this in the final report. What had happened? In the meantime, of course, the food companies had intervened. They said that any prohibition like this would be an unfair interference in the free market and the heads of state of the industrial world capitulated.

They feel it in the collapsing budget of the World Food Program (WFP) of the United Nations. The WFP is probably one of the best organizations in terms of humanitarian emergency aid against hunger crises. An example from one of the largest refugee camps in Darfur: If the white Toyotas with the blue UN flags didn't arrive every two to three days - to unload bags of flour, water canisters and rice - then the people there would die. Nobody can leave the camp there without entering into mortal danger.

In 2008, the WFP's budget was $6 billion, today it's $3.2 billion. The WFP lives on the contributions of the largest industrial nations, but in the course of the financial crisis these nations instead funded their own banks, suspending or reducing their contributions to the fund.

There's a particularly grim death by hunger, described in your book "We let them starve," called the Noma illness. Mostly children between the age of one and six are affected by it. Can you briefly summarize this illness?

Noma is one of the worst deficiency diseases. It disfigures the child's face. As a result, often the family hides the child, because they are ashamed.

The illness begins with inflammation in the mouth, then the soft tissues of the face become decayed and the cheeks get holes, then the jaw locks. The mother then breaks some of the child's teeth in order to be able to give the child some liquid, to keep it alive. 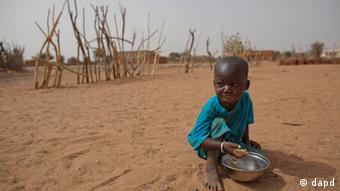 'The mechanisms that cause death by starvation are all human-caused reasons.'

How much does treatment cost?

For only two euros, a child can be saved by treatment with antibiotics. But that doesn't happen. Alone in the Sahel region of Africa about 140,000 children die of Noma each year. That makes up about ten percent of the actual deaths due to hunger in these African countries.

Despite everything, you say your new book is one of hope. What do you base your hope on?

More and more people internationally reject the current balance of power in the world. The philosopher Immanuel Kant once said: "The inhumanity, which is done to another, destroys the humanity in me." People are realising this, they are starting to become more conscious of the situation.

In a democracy there is no such thing as powerlessness. All murderous structures, once identified - food speculation, price dumping, biofuels and others - could be eliminated tomorrow, if the citizens were to rise up and pressure the government. And I am convinced, this rebellion will come.

Jean Ziegler is vice president of the advisory committee of the UN Human Rights Council. From 2000 to 2008, he was the UN Special Rapporteur on the Right to Food. The sociologist and writer is a well-known opponent of globalization. His current book "We Let Them Starve: The Mass Destruction in the Third World" was published in late 2012.

Is speculation behind volatile food prices?

"Hunger-makers" is the term critics use for speculators who trade with foodstuffs. These traders have a bad reputation. But the tradition of making business with raw materials goes back a long time. (12.04.2013)