Japan′s nationalist education agenda comes under criticism | Asia | An in-depth look at news from across the continent | DW | 16.04.2015

Japanese government reforms require state-run colleges to raise the country's flag and sing the national anthem, while decision-making power at universities is being centralized in the hands of the president. 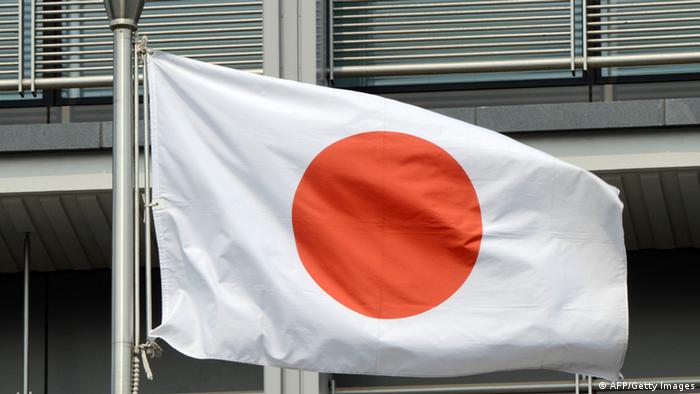 The changes to Japan's higher education system went into effect on April 1. And as Prime Minister Shinzo Abe said in a statement to the country's parliament - the Diet - on April 9, they require the administrations of the nation's 86 national universities to take "appropriate action" to ensure the "Hinomaru" - Japan's national flag - is raised at entrance and graduation ceremonies, and "Kimigayo" - the national anthem - is played.

Similar requirements have also been imposed on elementary, junior and senior high schools in Japan, causing friction between teachers and school administrators charged with carrying out the orders of the education ministry. Teachers who have refused to stand for the national anthem have, in some cases, been sanctioned by the ministry for their defiance.

"There is a crisis in academia," Makoto Watanabe, a lecturer in communications and media at Hokkaido Bunkyo University, told DW. 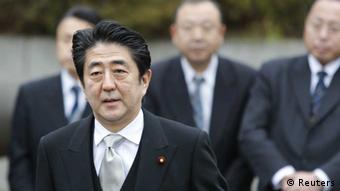 "Universities should be places that encourage and respect diversity of opinions, but it seems to me that we are increasingly being told what to do," Watanabe said, adding that he feels both "direct and indirect pressure from the government."

Others believe the pressure that is now being applied on universities is a natural progression of similar pressure that has been exerted on the country's media, in particular on the national broadcaster, which has been under fire for airing criticisms of the government and PM Abe.

"According to the changes in the legal system from April 1, most national universities changed their regulations," said an associate professor at one such institution who requested her name be withheld out of concern that speaking out could cause her dismissal.

"While the board had made all decisions before, it has changed now with all power vested in the hands of one person - the president," the professor told DW. "We have also been warned that if we do not obey the ministry, our budgets will be cut," she noted.

"Those that do as they are told get extra funds, but the others are punished. So the university has no choice. It is the destruction of democracy," the professor stressed.

Since the end of World War II, Japan's national universities have enjoyed a reputation for being liberal institutions, a response to the highly nationalistic education that they were forced to provide under the military governments in Japan in the 1930s and 1940s.

Over the past 15 years, however, successive conservative governments have chipped away at those liberal foundations. Most notably, liberal arts departments have been marginalized.

"In the 1980s, I saw an awful scene at my university," the professor said. "Many of the books and publications for liberal studies were removed and the university stopped buying the periodicals and journals. Eventually, several liberal journals had to halt publication," she pointed out.

Watanabe, the Hokkaido Bunkyo University lecturer, agrees that higher education in Japan is "under attack." "I was shocked when I heard about the ruling that centralizes decision-making in the hands of one person," he said. "And while the government's ruling only applies to national universities, there are plenty of private institutions that are taking advantage of the situation to introduce similar rules."

"Under the old system, it may have been more difficult for a board of 10 or 20 people to reach agreement on a policy or direction, but at least the decisions they did reach were discussed fully and each side had their say," he argued.

"But now, all that power is in the hands of one man," the professor said. "Earlier, it would have been hard for the ministry to pressure every member of a board to make the decision that the ministry wanted; now they only have to pressure one person."