Next-generation fighter jets and new missile systems are high on the agenda as Japan seeks to counter potential threats from China and North Korea. 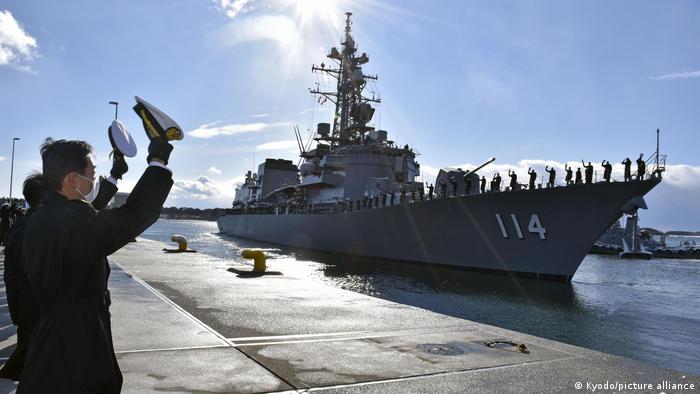 Japan has steadily increased its defense budget over the past decade

It's the first defense budget under Prime Minister Yoshihide Suga and seeks to bolster funding to develop longer-range cruise missiles and stealth fighters to counter potential threats from China and North Korea.

With the move, Suga's government has provided continuity to the priorities of his predecessor, Shinzo Abe, whose nearly eight-year tenure saw Japan expand its military's international role.

The bump in defense spending represents a 1.1% increase over this year, and with Suga's large majority in parliament it's expected to be approved.

What will the money be spent on?

Some $706 million in the new budget will go toward the development of a new stealth fighter jet, the country's first in three decades. The program is expected to cost a total of around $40 billion, and is scheduled to be ready in the 2030s.

The project will be led by Mitsubishi Heavy Industries Ltd with help from US defense contractor Lockheed Martin Corporation.

Japan will also spend $323 million to begin development of a long-range anti-ship missile to defend its southwestern Okinawan island chain.

The military will also receive $912 million to build two compact warships that can operate with fewer sailors than conventional destroyers. That should ease pressure on the country's navy, which has struggled to find recruits among Japan's largely ageing population.

Japan will also allocate about one-third of the national budget of 106.6 trillion yen, a record investment, in social security expenditures to cover the growing health care and pension costs of the rapidly ageing population.

Five trillion yen will also be earmarked for possible countermeasures against the COVID-19 pandemic, just as Japan has been confronting a resurgence of the virus since mid-November.

Some 41% of the budget will be covered by debt, compared with nearly 32% in the current year, reflecting falling tax revenues due to the effect of the pandemic on business activity.

Japan calls on Germany to send warship to East Asia

Tokyo is building alliances with like-minded nations around the world as it seeks to counter China's aggressive expansionist policies in the Indo-Pacific region.