Three Japanese whaling vessels have returned to port from a controversial trip to Antarctica after catching 333 whales. Tokyo claims the slaughter is for scientific purposes. 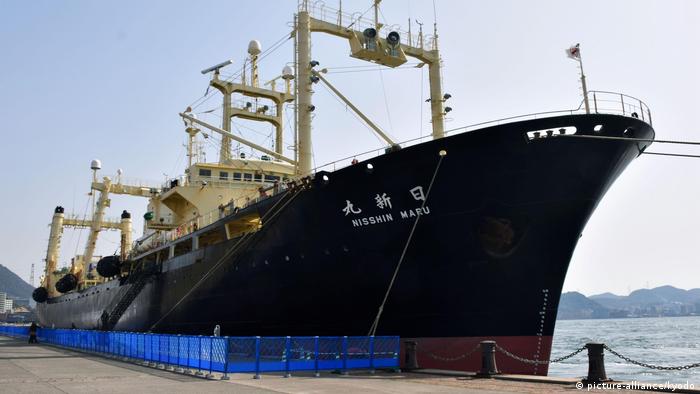 Three ships from a Japanese whale-hunting fleet returned to their home port of Shimonoseki on Saturday, carrying on board 333 minke whales harpooned during a trip into the Antarctic Ocean.

Altogether, five whaling vessels set out on the trip in November amid international protests and condemnation. However, unlike in previous years, the ships reported no encounters with anti-whaling campaigners while on the high seas, Japanese media reported.

Japan is a signatory to the International Whaling Commission moratorium on whale hunting, but makes use of a loophole that allows the mammals to be killed for scientific research.

Commercial hunting of whales was banned in 1986, but Japan would like to see it permitted once more, with whale meat considered a delicacy by many Japanese. Tokyo makes no secret of the fact that slaughtered whales often end up being eaten. 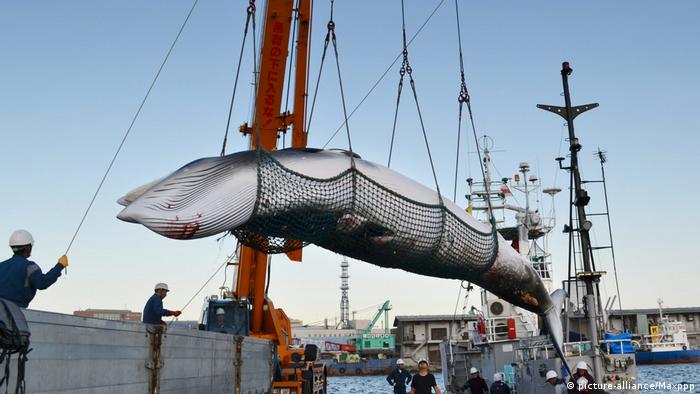 Minke whales are now one of the most frequent whaling catches

The International Court of Justice ordered Japan's "scientific whaling" to be suspended in 2014, resulting, however, in only a reduction of the program.

Tokyo's insistence on continuing with whale hunts draws regular protests worldwide, and in the past Japanese ships have clashed at sea with animal rights campaigners, notably from the Sea Shepherd group.

Last year, however, the group announced that it was not planning to make offshore protests this year.

Although minke whales grow only to some 10 meters (33 feet) in length, they are still categorized as great whales.

Countries at an international whaling conference have voted against Japan's plans to resume scientific whaling, and increase their scrutiny of the controversial practice. Japan plans to go ahead despite the backlash. (18.09.2014)