Japanese mayor fights for his quake-hit community | Asia | An in-depth look at news from across the continent | DW | 24.01.2013

As communities along the northeast coast of Japan prepare to remember the anniversary of the worst natural disaster to strike Japan in living memory, one mayor demands Tokyo help his town get back on its feet. 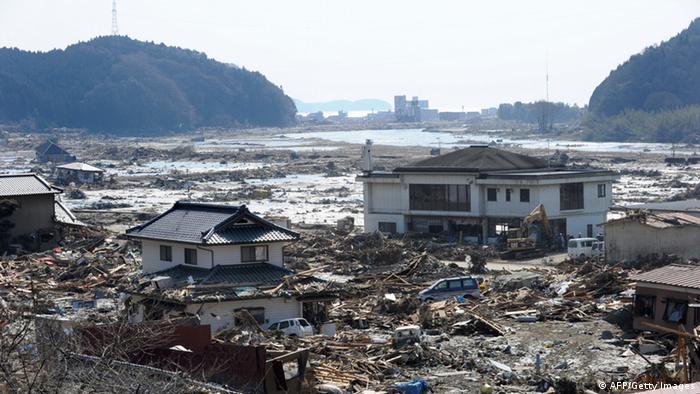 Futoshi Toba has been through a great deal in the last two years, but he appears to be holding up. It is, perhaps, the plight of his community that enables him to put to the back of his mind the thought that the earthquake of March 11, 2011, and the tsunami that it triggered killed his wife, Kumi, and 734 other residents of the town of Rikuzentakata.

Toba, now 48, had taken office as mayor of the Iwate Prefecture town less than one month prior to that day and was suddenly faced with a disaster that claimed nearly 20,000 lives and caused devastation on an almost unimaginable scale along hundreds of kilometers of coastline. 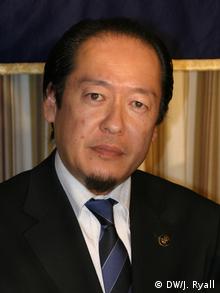 But as the anniversary of that fateful day approaches, Toba finds himself increasingly frustrated and angry.

"I had been elected on February 6 and took office on February 13, but when I saw the devastation, for the first time in my life I felt truly helpless," he said.

Toba was forced to take refuge in the city hall with his colleagues as the waves crashed around them. The following morning, they were able to escape to the relative safety of the mountains that surround the town.

Scale of the disaster

In the days that followed, the scale of the disaster that had befallen the town became appallingly apparent. As well as the death toll, around 3,300 of the 8,000 homes in the heart of the city had been destroyed by the waves.

Everywhere Toba looked, the town had been reduced to piles of twisted steel, overturned cars and the detritus of lives lost. The stench of decaying debris mixed with petrol, burned tires and the dead was nearly unbearable.

"But we thought that given time, the situation would get better and that in a year or two things would be more or less back to normal.

"But we are coming up on the second anniversary now and, frankly speaking, the reconstruction efforts have not proceeded very well at all."

Toba said the residents of the town were still surrounded by mountains of rubble and the many public buildings wrecked by the tsunami had not been torn down yet. 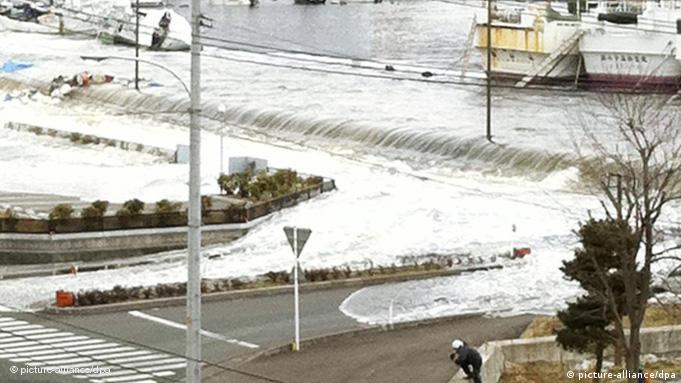 Much of the coastline was destroyed in the March 11 tsunami

"My sense of hopelessness for the future is shared by many of the victims," he said. "There are several reasons why the reconstruction work is so slow, but the biggest problem is the government's way of thinking.

"On the face of it, politicians seem to be very supportive of us and talk about this 'unprecedented disaster' and how we must all work together to help the people of Tohoku recover, how we are all working side by side," he said. "Those are beautiful phrases, but they bear very little relation to the reality."

The examples of bureaucratic red tape and mismanagement were numerous and infuriating, Toba explained.

Requests to build new supermarkets to feed the survivors have been turned down on the grounds that the land is set aside for agriculture, one ministry that provided much-needed gasoline would not permit troops from the Self-Defense Forces to deliver it because they came under the authority of a different ministry and it took more than one year to fill in all the paperwork required to cut down trees and level a hill to construct emergency housing units for people who had lost their homes.

"For people who suffered in this tragedy, even 24 hours is a long time," said Toba. "But for the politicians in the Diet, 24 hours is nothing."

"Former Prime Minister Naoto Kan visited the town several times while he was still in charge and I tried to explain to him the difficulties that we were facing.

"In spite of that, I really do not think he understood our situation. He had no intention or desire to do anything to help our situation," he added with a shrug.

The Democratic Party of Japan, which was defeated in December's general election, seemed to lack the power to make firm decisions. 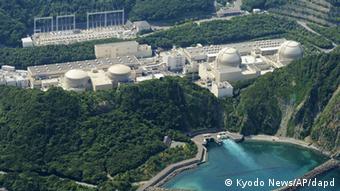 "Representatives of the government came to talk to us, but they were not able to change the situation and take the hard decisions that were needed," he added. "Those politicians left us with nothing but a tremendous sense of disappointment."

The people of Rikuzentakata have higher hopes for the new Liberal Democratic Party government of Prime Minister Shinzo Abe, although Toba questioned why two local politicians had been given portfolios in the cabinet not connected to the reconstruction work.

Despite the lack of comprehensive assistance from the authorities, Toba appeared reconciled to the fact that his community would have to do the heavy lifting required on its own.

The community is aiming to attract new businesses to the town, although its relatively remote coastal location is a put-off to many potential investors. Approximately 70 percent of the town's fishing industry is back in business, primarily in shellfish and seaweed products, although Toba said he would like to make his town a model for the elderly and infirm and provide them with an ideal retirement community.

"I have two missions to fulfill in my life now; the first it to rebuild Rikuzentakata as a prosperous town and the second it so make sure that I raise my two sons well," he said. "I promise you that Rikuzentakata will be reborn as a beautiful city."