Fukushima conference wraps up on positive note | Asia| An in-depth look at news from across the continent | DW | 18.12.2012

International nuclear experts want to learn lessons from the Fukushima disaster but there is still a long way to safety. 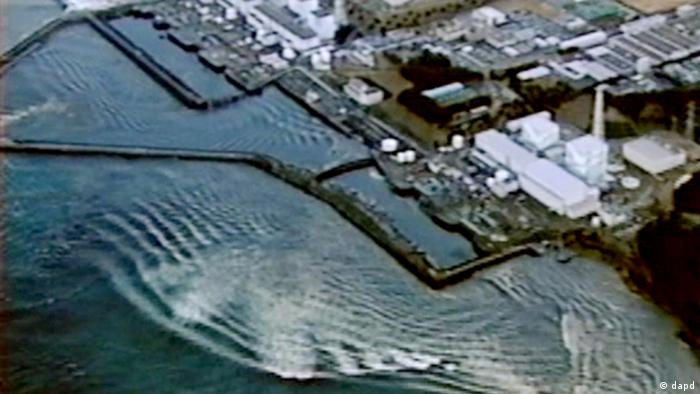 The admission of guilt surely came as no coincidence. Just one day before the Ministerial Conference on Nuclear Safety began in Koriyama City, Fukushima Prefecture, the Tokyo Electric Power Company (TEPCO), the operator of the Fukushima Daiichi nuclear complex, accepted the findings of a parliamentary committee set up to investigate the worst nuclear disaster since Chernobyl and admitted that a "lack of safety culture and bad habits" were to blame.

For 18 months, Tepco refused to confess to any mistakes and described the tsunami as an "unexpected event" but in October the energy provider admitted that the accident could have been prevented.

Some 160,000 people had to leave their homes and vast areas were contaminated by radiation.

On the same day, Yukiya Amano, the director general of the International Atomic Energy Agency (IAEA), visited the Fukushima plant with some 30 experts and said that the situation had "improved a lot" but there were still problems and areas where radiation was “extremely high.” He did not wear protective clothing but did cover his mouth and hands. 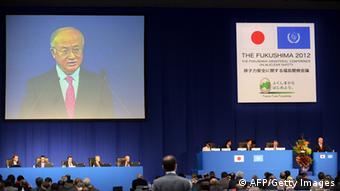 "Fukushima was a clear warning to everybody dealing with nuclear energy that safety can never be taken for granted," Amano said at the opening of the conference. In the evening of December 15, the Fukushima Prefectural government and the IAEA signed a memorandum of mutual collaboration. They will cooperate in such areas as decontamination and radioactive waste management, and Fukushima Medical University and IAEA will strengthen their cooperation in radiological education and other areas. A Capacity Building Center with IAEA radiation monitoring equipment and the facitilities to give training in responding to emergencies in Japan and the Asia-Pacific region will also be built - the first of its kind outside of Vienna.

The conference participants - from over 110 countries and some dozen international organizations - praised the progress that had been made in Fukushima. "The lessons learned from these activities, through their dissemination and related cooperation with the international community, are expected to contribute to enhancing the safety and effectiveness of future decommissioning and remediation activities worldwide," a statement issued at the end of day one said.

"My wish is that, through this conference, we can gather wisdom from abroad for the affected areas and disseminate initiatives undertaken in the disaster-affected areas around the world," co-chair Japanese Foreign Minister Koichiro Gemba said.

The positive outlook in Koriyama City did not tally with the evaluation of the new Japanese Nuclear Regulation Authority, whose chairman, Shunichi Tanaka, said he found the situation "exceedingly unsatisfactory." 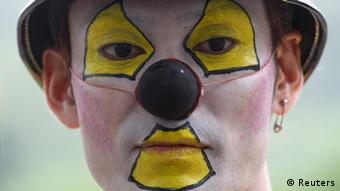 There is a vocal anti-nuclear movement in Japan

"Reactors should not go online unless we are convinced of their safety," he said, adding that it would take enormous efforts to raise the awareness of safety in the nuclear industry.

The IAEA started work on a non-binding action plan to strengthen the global nuclear safety framework in September 2011, just months after the Fukushima disaster took place. The main advice was that there be more safety controls, improved standards and for regulation authorities to be more independent. Germany criticized the action plan for being too lax. The Fukushima conference was the next step. Over three days, delegates discussed the lessons learned from the disaster, the strengthening of nuclear safety and emergency preparedness and finally the protection of people and the environment from ionizing radiation in a series of working sessions. 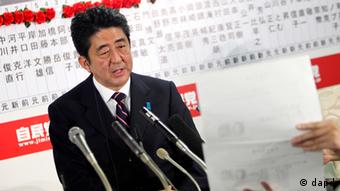 The United Nations Scientific Committee on the Effects of Atomic Radiation (UNSCEAR) is expected to release the results of its study on the impact of radiation in Fukushima next May. However, some experts have called the impartiality of such studies into question. Japanese energy providers have financed the work of prominent radiologists who have according to official documents played down the health risks of radioactivity, saying that low levels are harmless or negligible.

Children in Fukushima are spending more and more time outside thanks to such optimistic assessments.