The government in Japan has announced a severe dip in economic output for the July-September quarter. Prime Minister Yoshihiko Noda called the figures "severe," with business leaders predicting more to come. 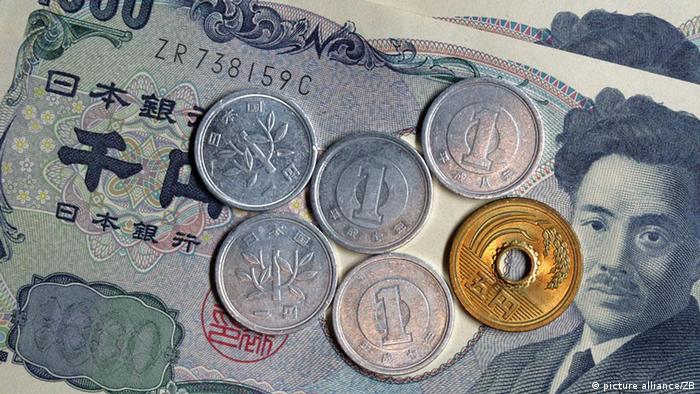 Japan's economy contracted by 0.9 percent quarter-on-quarter, or 3.5 percent year-on-year, between July and September this year, according to official government figures released on Monday morning. The dip was actually slightly smaller than the 3.6 percent annual decline forecast by business daily Nikkei.

In the previous quarter, Japan logged a year-on-year growth rate of 0.3 percent - meaning the country has not crossed the commonly accepted threshold for a recession, which is two consecutive quarters of negative growth. Business leaders fretted however, that a technical recession was just three months away.

"The GDP data confirms that the economy has fallen into a recession," Tatsushi Shikano, a senior economist at Mitsubishi UFJ Morgan Stanley Securities in Tokyo, told the Reuters news agency. "It is set for a second straight quarter of contraction in the current quarter."

The Bank of Japan had already downgraded its basic assessment of the country's economy in October.

"There remains a high degree of uncertainty concerning Japan's economy, including the prospects for the European debt problem … and the spending effects of the recent bilateral relationship with China," the country's central bank said.

On that score, exports had dropped by five percent, the first such dip in three quarters. China recently began boycotting Japanese products as part of a territorial dispute over a tiny series of islets in the East China Sea. Exports to China specifically dropped 14.1 percent in September alone, while the European Union export figures were down 21.1 percent year-on-year for that month.

Prime Minister Noda has been under pressure from the opposition to keep a previous promise to call a general election "soon." The pledge was a part of an August deal, convincing the main opposition parties to support a bill doubling sales tax to 10 percent - part of efforts to bring the country's national debt under control.

The Japanese economy is the third-largest in the world, behind the US and China.