Japan takes the high ground over its outlying islands | Asia| An in-depth look at news from across the continent | DW | 29.05.2020

As an archipelago of 6,852 islands, Japan is extremely protective of the most far-flung outposts of its territory, in part because some of its neighbors are casting increasingly covetous looks at some islands. 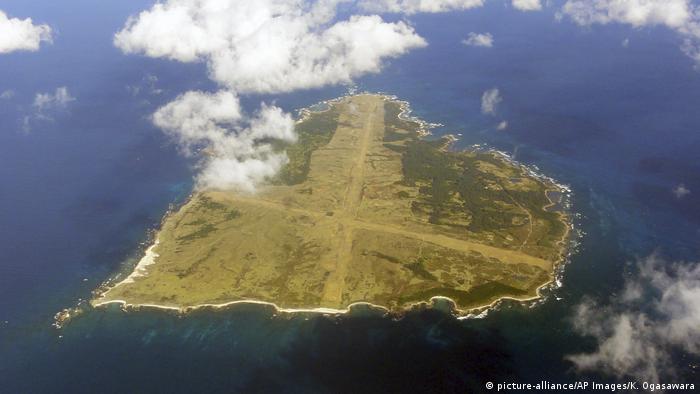 Japan is seeking ways to protect the integrity of its vast ocean territories as sea levels are rising and small islets are disappearing beneath the waves.

Tokyo is embroiled in well-documented disputes over sovereignty with all its immediate neighbors. Russia seized the southern half of the Far East island of Sakhalin and a chain of smaller isles in the closing days of World War II and, despite on-off talks on their sovereignty over the last 20 years, has refused to return them to Japanese control.

Read more: Japan and Russia accuse one another of dangerous military buildup

Similarly, South Korea has stationed a unit of armed police on an island half-way between the Korean Peninsula and Japan and refuses to return the island, known as Dok-do in Korea and Takeshima in Japan, to Tokyo's control.

Japan is also in dispute with China and Taiwan, both of which claim sovereignty over the uninhabited Senkaku archipelago, in the far west of Japan's Okinawa Prefecture.

Newly recognized threats to the nation’s territorial integrity are rising sea levels and the inevitable effects of long-term erosion – with at least two small islands marked on Japanese maps simply disappearing in the last three years.

Esanbe Hanakita Kojima was only officially named in 2014 as part of the government’s efforts to reinforce Tokyo’s legal control over hundreds of outlying islands, but had disappeared by early 2018. A tiny islet that only stood 1.4 metres above average sea level, the island was last charted about 500 metres off the coast of northern Hokkaido, close to Russian waters. Experts believe it has been eroded away by sea ice.

This month, the place where Suzume Kitakojima appears on maps is actually only an expanse of ocean off Kagoshima Prefecture, in the far south of the country. A survey conducted in 1985 plotted an island of around 35 square meters, but it no longer exists.

"The economic importance of these small islands that are close to the mainland is very limited – but their political significance to the government and nationalists is still quite high because they are components of this island nation," said Akitoshi Miyashita, a professor of international relations at Tokyo’s Sophia University.

"The government is not able to make any compromises when it comes to the question of Japan’s territory, which is why Tokyo consistently and repeatedly states that the Russian-held islands off Hokkaido, Takeshima and the other disputed islands are our territory," he told DW.

Of far more significance is Okinotorishima, an atoll that is 1,740 kilometers (1,081 miles) south of Tokyo that has been reinforced with breakwaters to protect a patch of concrete that measures less than 10 square meters and is just 16 centimeters above the high tide level. This patch of concrete, however, permits Japan to claim an exclusive economic zone covering 400,000 square kilometers of the surrounding waters, which are rich in maritime resources. Surveys have indicated that deposits of valuable natural resources also lie just beneath the seabed.

Other nations, however, have disputed Japan's claim to the island and the surrounding waters, pointing out that the UN convention that covers legal issues at sea says that "rocks which cannot sustain human habitation or economic life on their own shall have no exclusive economic zone."

"The issue is very complex," admits Robert Dujarric, a professor of international relations at the Tokyo campus of Temple University. "China, South Korea and Taiwan all insist that Okinotorishima is just a rock that Japan cannot use to extend its EEZ and they are appealing to the UN, but this may all be moot if sea levels continue to rise – as they are predicted to – and the atoll is completely submerged in a few years," he told DW.

"This is why it is so important for Japan to stake its claims to all these remote islands; the potential economic windfall from the resources that are in that part of the Pacific is huge, but it is a very contentious issue."

The Japanese government is also concerned at Chinese encroachment into Japanese waters, with Tokyo submitting a diplomatic complaint to Beijing in January 2019 after a Chinese government survey vessel was detected operating within Japan’s EEZ around Okinotorishima.

Operated by China’s State Oceanic Administration, the vessel may have been attempting to obtain data on natural resources, including oil and gas, but it may also have been seeking deep water passages that would allow Beijing's growing fleet of submarines to emerge undetected into the Pacific from the relatively shallow coastal waters between mainland China and the islands that hem the Chinese navy in.

Even more worryingly, there is now evidence that China may be trying to gather data on ocean conditions much closer to Japan’s shores, the Yomiuri newspaper reported. A government source told the paper that three survey vessels with links to China were identified attempting to work in Japan’s territorial waters last year.

"Japan and China seem to operate quite differently in this respect," said Dujarric. "Japan uses diplomacy to support or advance its claims, but China too often acts aggressively, sending its coast guard ships into other countries' territorial waters, and in one recent case chasing a Japanese fishing boat out of Japan's EEZ around the Senkaku islands."

The worry has to be that this sort of aggressive action carries a far larger risk of escalation if China insists on asserting its claims, he added.