Tokyo and Brussels have agreed a free trade accord, opening up the EU to Japanese cars and Japan to European cheese. Japan's economy meanwhile has recorderd its longest uninterrupted growth since 1994. 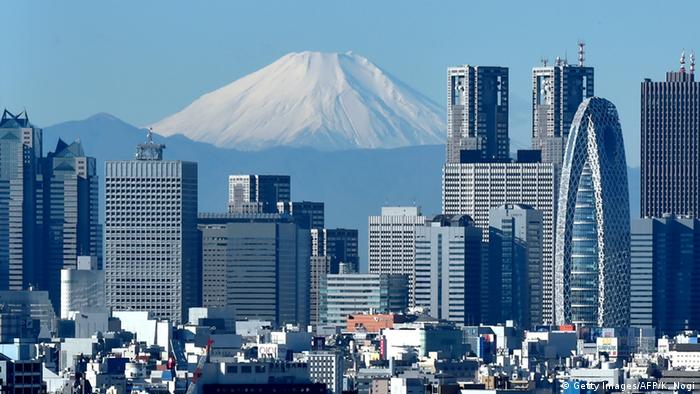 Brussels said it is the biggest such deal it has ever negotiated.

"We welcome the finalization of the negotiations of the Economic Partnership Agreement between the EU and Japan," European Commission chief Jean Claude Juncker and Japanese Prime Minister Shinzo Abe said in a joint statement.

EU Trade Commissioner Cecilia Malmstrom had said on Thursday the EU was very close to finalizing a free trade deal with Japan.

The EU and Japan agreed the outlines of the accord in July. The deal opens up the EU to Japanese cars and car parts and Japan to EU cheese.

The two parties had remained stuck over the issue of investment protection, with Japan reluctant to adopt the investment court system the EU has devised.

GDP on a high

The news comes at a time of particularly good news for the Japanese economy. Friday's revised third quarter figures showed that Japan is in its longest uninterrupted period of growth since comparable data became available in 1994.

The economy grew an annualized 2.5 percent from July-September, outstripping the preliminary reading of 1.4 percent. Official data showed that Japan's third-quarter GDP grew 0.6 percent from the previous quarter, growing twice as fast as estimated.

Japan's economy has expanded for seven consecutive quarters, and many economists expect growth to continue as consumer spending gains strength and export growth is seen on track to continue.

The capital expenditure component of GDP was revised to a rise of 1.1 percent from the previous quarter, well over the forecast 0.4 percent growth, above the preliminary 0.2 percent reading.

Some economists doubt if the rate of growth is sustainable, but most believe the economy will continue to expand next year at a moderate pace.

"You can say Abenomics is doing well and producing results. Monetary policy is contributing to nominal growth. Revisions to past data show the government's fiscal spending had a bigger impact than previously thought. The structural reform that has made the most obvious impact is allowing more tourists to visit Japan," said Hiroshi Miyazaki, senior economist at Mitsubishi UFJ Morgan Stanley Securities.

"The government can be satisfied with these numbers. Prices are not rising that much, which is a problem for the Bank of Japan, but at this point officials are starting to worry about how to exit from their easing."

This is a good sign for the government as it is expected to agree later on Friday a spending package to subsidize education and encourage more corporate investment.

But is it sustainable?

"The economy is doing well, but annualised growth above 2 percent seems a little too quick," Norio Miyagawa, senior economist at Mizuho Securities, said.

In a worrying sign, private consumption fell 0.5 percent in July-September, unchanged from the preliminary reading, as consumers spent less on cars, dining out, and mobile phone charges. Weak consumption disappointed some economists who had expected a slight upward revision.

The news that the US Treasury on Friday will take measures to prevent a government shutdown was also seen a favorable factor.

Hikaru Sato, senior technical analyst at Daiwa Securities, said: "Today's gain did not mean the market has hit the bottom but underscored the strength of the current sentiment."