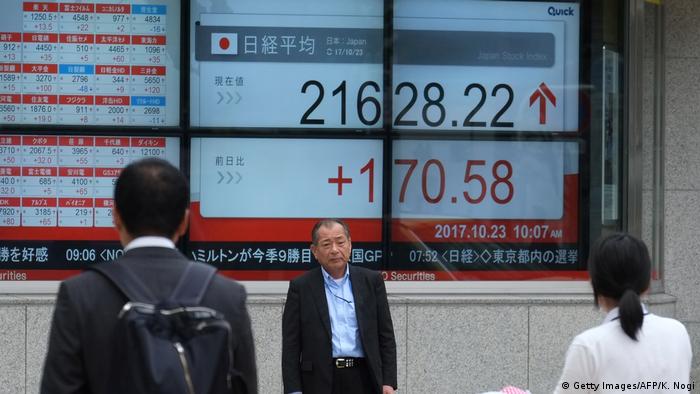 The benchmark index rose 1.11 percent on Monday - its 15th consecutive rise and the longest since it came into existence in 1950. The broader Topix index gained 0.84 percent to finish at 1,745.25 points.

The gains were driven by hopes that premier Shinzo Abe's growth blitz — a mix of huge monetary easing, government spending and reforms to the economy — will continue.

Prime Minister Shinzo Abe came into power in late 2012 on a ticket to reignite the lumbering economy. His ruling LDP party scored a big win in Sunday's election with his coalition keeping its two-thirds "super majority" in the lower house. As a result, he's now on course to become the country's longest-serving premier.

Abe's victory eased fears that the economic steps implemented under his leadership would be disrupted and halt the yen's depreciation against the dollar. Overcoming two decades of deflation is at the heart of the Abe administration's economic policies.

The gush of money from the Bank of Japan (BoJ) has lowered the Japanese currency against the US dollar, helping Japan's exporters on global markets.

Masashi Murata, senior currency strategist at Brown Brothers Harriman in Tokyo, said the Abe administration would "retain the status quo" without changes to economic policy. "It will find little need for fresh steps when the GDP has registered six quarters of growth, unemployment is under 3 percent and the Nikkei is above 21,000," he told the news agency Reuters.