James Bond's Aston Martin is up for sale - to the highest bidder. The car is among the 007 memorabilia that Christie's is auctioning off as speculations arise over Daniel Craig's successor. 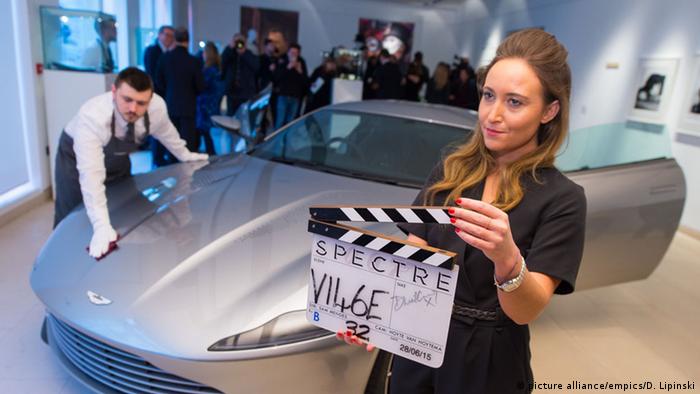 Along with the Aston Martin DB10, other James Bond items used in the film "Spectre," including an Omega Seamaster 300 watch and a two-piece Tom Ford dinner suit worn by actor Daniel Craig, will be auctioned by Christies.

The auction, which includes items donated by Craig, other actors and theme song writer Sam Smith, takes place on Thursday (18.02.2016) in London, with an online-only section running through February 23.

The sale coincides with the February 22 DVD release of "Spectre," the 24th film in the secret agent series, but also with rising speculations over whether Daniel Craig will indeed slip into that fancy watch and car one more time.

US magazines "Variety" and "Deadline" reported earlier this week that Craig would soon be venturing into more character roles, including a TV series based on Jonathan Franzen's novel "Purity."

But would taking on a new role mean the end of Bond? The 47-year-old British actor, who has played the secret agent in four films since 2006, promised fans last fall that he would fulfill his commitment to a fifth film. He even went so far as to tell "Time Out London" that he'd rather "slash his wrists" than drop out of the role.

His "Spectre" suit is up for grabs, in any case, so he - or his successor - will have to buy a new suit for the next film.


All proceeds from the will benefit Médecins Sans Frontières, as well as other charities including the United Nations Mine Action Service.

Just days after the premiere, the new James Bond film "Spectre" has broken all box office records. In the UK, it's the biggest opener of all times, even ahead of all-time favorite Harry Potter. (04.11.2015)