NBA players boycotted their games for the second straight day, while NFL teams canceled scheduled practice sessions over the police shooting of Jacob Blake. Action in the NHL, MLB and WNBA was also reportedly postponed. 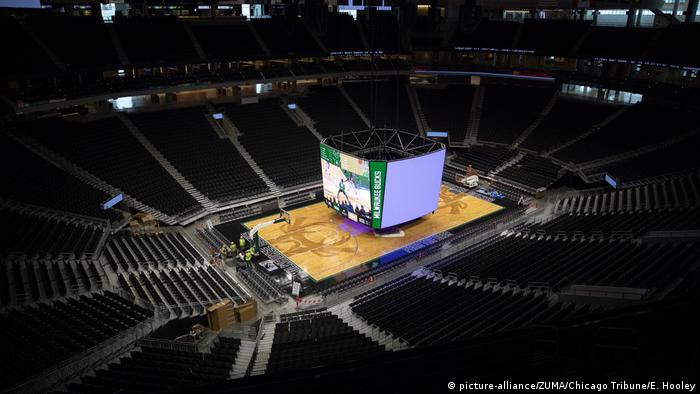 The US Basketball league NBA on Thursday postponed three playoff games for the second consecutive day. It follows an unprecedented walkout by players over racial injustice after the police shooting of an unarmed Black man, Jacob Blake.

The Milwaukee Bucks players decided to boycott their playoff game on Wednesday, sending shockwaves across US sports. The NBA decided to postpone the games on that day's schedule. The WNBA also called off their games for both Wednesday and Thursday.

Other sporting leagues followed suit, starting with the Major League Baseball which delayed three games before they were due to begin, while Major League Soccer postponed five of the six scheduled games.

According to ESPN, the National Hockey League will not play its scheduled playoff games on Thursday.

Multiple NFL teams also canceled scheduled practice sessions on Thursday in the wake of massive protests that started in the city of Kenosha, Wisconsin, and spread to cities across the US.

The NBA has said it hopes to resume the season by the weekend. But the league still faced criticism from President Donald Trump.

"They've become like a political organization and that's not a good thing. I don't think that's a good thing for sports or for the country," Trump said.

This is the second time this month that the president lashed out at the NBA. He had earlier called its players "very nasty " and "frankly very dumb."

The Los Angeles Lakers, its star player LeBron James and the Los Angeles Clippers voted to abandon the season at a meeting involving players from all teams late Wednesday.

But at another players' meeting on Thursday, the teams reached an agreement to continue the season. James and the Lakers were reportedly "on board" with the decision.

The sweeping cancellation of fixtures marks a new level of protests by US sport. Several star players have used their platform to express outrage over the shooting of Blake.

The 29-year-old man was shot multiple times in the back by a police officer on Sunday, leaving him paralyzed. The incident was captured on video and sparked renewed protests over racial injustice and police brutality in the US that first gripped that nation after the killing of George Floyd earlier this year.

A teenage suspect has been arrested after two people were shot dead during Black Lives Matter protests in Kenosha, Wisconsin. The NBA has postponed Wednesday's playoff games after players' boycott over racial injustice.