Ivory Coast goes to the polls amid fears of unrest

Ivory Coast votes in a tense election after an opposition boycott and clashes over President Alassane Ouattara's contested attempt to secure a third term. Violence in the run-up to the vote has killed scores of people.

Voters in Ivory Coast are casting their ballots on Saturday in a tense presidential election that has been marred by violence.

The country has been in turmoil since President Alassane Ouattara announced in August that he would seek a third term.

Over the past few weeks, at least 30 people have been killed in pre-election violence, evoking memories of a 2010-2011 crisis that turned Abidjan into a battleground and left 3,000 dead.

Ouattara, 78, was supposed to step aside after his second term to make way for a younger generation, but his chosen successor's sudden death forced a change in plan.

The opposition slammed the president's decision to seek a third term, saying it's against the constitution, which allows two terms. But Ouattara and his supporters argue that a 2016 constitutional tweak reset the clock on his term.

Four candidates are competing for the highest office. The incumbent's key rivals, Konan Bedie, 86, Pascal Affi N'Guessan, 67, both say Ouattara's third-term bid is unconstitutional and have called for an election boycott and civil disobedience. 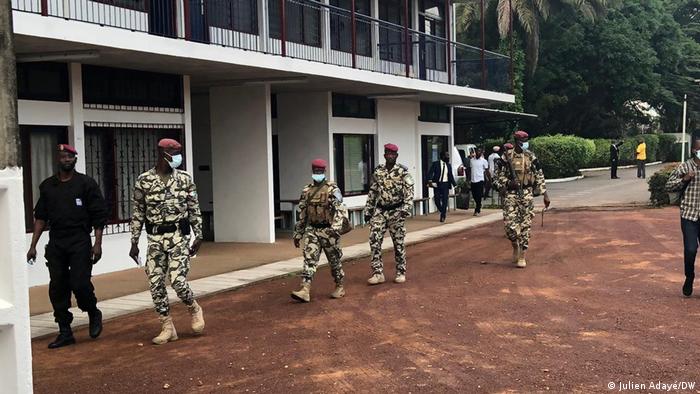 More than 35,000 police and security force officials have been mobilized to secure the election

Roughly 7.5 million Ivorians can cast their vote at more than 22,000 polling stations between 0700 and 1700 GMT. More than 35,000 police and security force officials have been mobilized to secure the election.

A candidate needs to garner at least 50% of votes to win in the first round. A run-off election will be held if no candidate wins a majority of votes Saturday.

When the outcome of the election will be unveiled is unclear. Under the constitution, the electoral commission has five days in which to announce the results.

The vote in French-speaking West African nation is also a crunch test in a region where Nigeria faces widespread social protests, Mali is emerging from a coup and jihadist violence is challenging the Sahel.

Ahead of Ivory Coast elections