Ivorian President Alassane Ouattara must tread carefully to keep preelection tensions at bay. Much will depend on his choice of a presidential candidate. Experts hope he will not step forward himself. 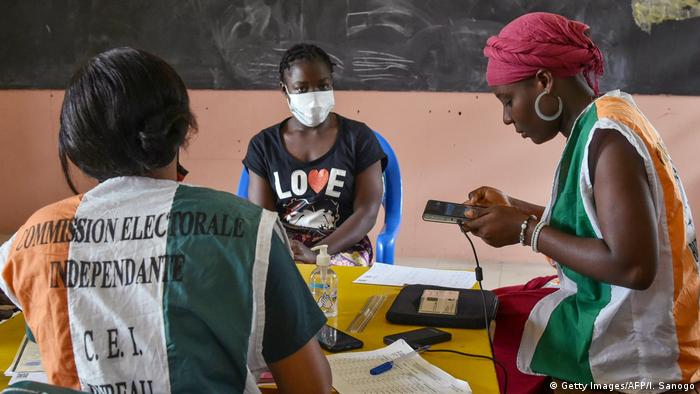 Rumors of Vice President Daniel Kablan Duncan's resignation had been circulating in the Ivorian capital, Abidjan, for several days. On Monday, he finally stepped down, citing personal reasons. But it seems likely that his decision was the result of the fallout from the unclear political situation after the sudden death of Prime Minister Amadou Gon Coulibaly on July 8.

The head of government had been handpicked by President Alassane Ouattara as his party's candidate for the presidential election scheduled for October 31. "Duncan's resignation was most probably also a result of a failure to reach an agreement with President Alassane Ouattara on a presidential candidacy," Rinaldo Depagne, West Africa project director at the International Crisis Group (ICG), told DW.

Duncan was considered a close ally of Ouattara's. He was a member of the Democratic Party of Ivory Coast (PDCI), which was part of the reigning alliance Rally of Houphouetists for Democracy and Peace (RHDP). When the PDCI broke away from the alliance in 2018, Duncan remained loyal to Ouattara. The 77-year-old might have had hopes of running for the presidency.

N'Goran Djédri of the PDCI's political bureau feels confident about that: "Duncan felt betrayed," he said. 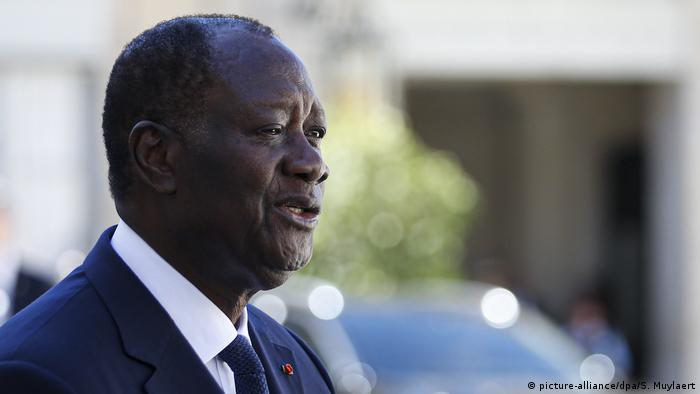 Will Ouattara break his promise?

The death of Coulibaly changed the Ivorian political landscape. The president might feel he has no choice left but to run himself, to guarantee the victory of his party, the Rally of the Republicans (RDR).

This would raise a list of legal issues. The country's constitution only allows for two presidential terms. But 78-year-old Ouattara has argued that since a new constitution was adopted in 2016, his two terms of office under the old constitution should not really be counted. Since he had previously promised not to run again for a third term, the political waters of Ivory Coast are suddenly that much more muddied following a week of upheaval.

"In March, he made a great play in saying it is time to hand over to a the new generation," Paul Melly, consulting fellow for the Chatham House Africa Program, told DW. Then his nomination of Coulibaly was seen by some as an attempt to keep his influence in politics through his close ally, contributing to the tense atmosphere in the West African country.

Ivory Coast has a very young population, with a median age of under 19. Young people are increasingly frustrated with the power structures of the country. "They want people who can deliver jobs, better public services, more social equality, more opportunities and, of course, after the COVID downturn, help navigate the country through this very difficult period," Melly said.

"An election is the perfect opportunity to talk about the future of a country. If Ouattara decides to run, he will turn the debate again towards the past," Rinaldo Depagne agrees.

No country for old men

The opposition itself meanwhile seems unable to put forward fresh faces. The PDCI-RDA nominated 86-year-old former President Henri Konan Bédié as their candidate. And from exile in Belgium, 75-year-old Laurent Gbabgo has indicated that he is thinking about returning home to run for the opposition party FPI.

"That is an extremely hypothetical option considering the legal implications, although much is possible in Ivory Coast," Depagne says. While charges of human right violations against Gbagbo were dismissed by the International Criminal Court in the Hague last year, the former president is still waiting for the results of the prosecutors' appeal.

"But he was also sentenced to 20 years in prison in Ivory Coast and thus runs the risk of being arrested if he sets foot in the country,"  the ICG analyst added.

This could lead to unrest among his supporters, as the mood in the country, which already was tense before Coulibaly's sudden death from a heart attack, continues to grow angry. Authorities have tried to reach a cross-party consensus over the management of the vote in order to reduce the prospect of unrest during and after the vote count.

"If the election is perceived to have been mismanaged, rigged, fudged at the edges, controlled, any of that could be exceptionally dangerous," Paul Melly said.

The country has not forgotten the 2011 crisis, when Gbagbo refused to leave office after losing elections to Ouattara. The ensuing months-long violence claimed 3,000 lives. 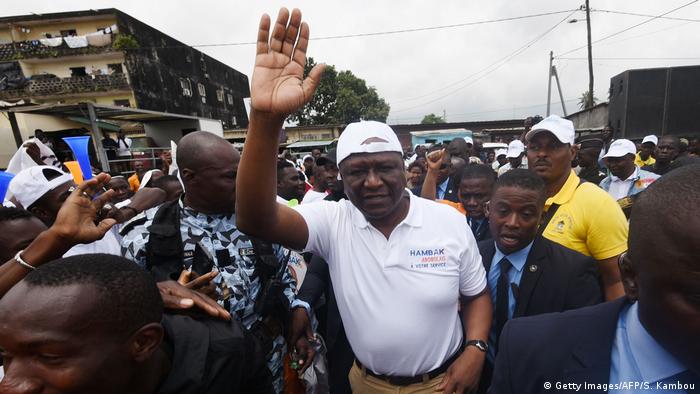 Both experts also point out that there are enough alternatives for potential candidates beyond the group of old men, who have dominated Ivorian politics for the past few decades. Among them is former Ouattara ally Guillaume Soro. The-48-year-old lives in France, where he sought refuge after he was accused of corruption when making it clear his previous intentions to run for the presidency.

Other options for Ouattara include government spokesman Patrick Achi and Defense Minister Hamed Bakayoko, who are both widely perceived as competent men. Competency is needed in a country faces many challenges, including the threat of Islamic terrorism.

"The more trouble there is in Abidjan and the more the authorities will concentrate on trouble there, the less they concentrate on the security situation in the north," says analyst Depagne, raising the specter of a jihadist advance, while the country is dealing with problems elsewhere.

Paul Melly, however, takes another position: "I think the Cote d'Ivoire state is a fairly effective machine. At the point when the jihadists started operating in the north a few weeks ago, the government responded very rapidly. We were already amid all these political complications then," he explained. 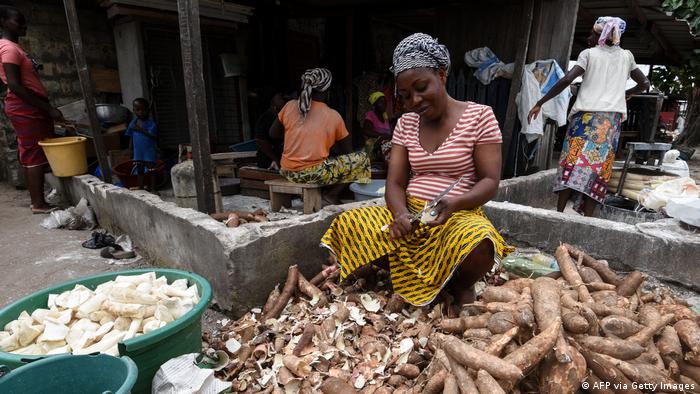 Before the Covid-19 pandemic, the economy was growing at an annual rate of 10 percent

"But there is a wider question the region must address. Alassane Ouattara is a respected figure across West Africa and is regarded as an important regional statesman," Melly says, adding that the Ivorian President has been one of the main leaders coordinating West Africa's response to crises such as jihadism in Mali and other countries.

"He is also the principal architect of the planned currency reform to replace the CFA franc with a sort of first version of the planned new West African currency, the eco."

Ouattara hasn't got much time left to make up his mind. The candidates' names must be submitted by July 31. By not clearing up the situation quickly, he could stoke further tensions.

But the president has not only sidelined his potential rivals, he has also left the youth of the country out of the political dialogue. Expert Rinaldo Depagne calls this Ouattara's "system of exclusion," which he finds "is dangerous for the future."

The prospect of perpetuating that is equally risky for Ivory Coast.