Over seven years after Ivory Coast’s crisis, the country's political scene remains divided. Army mutinies destabilized cities over the past few years, and victims feel that they have not been justly compensated. 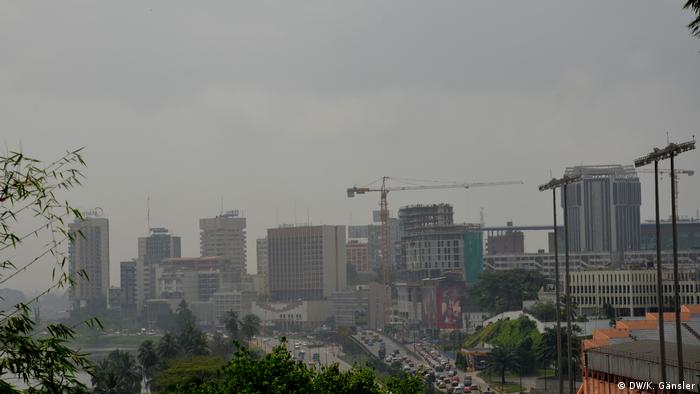 The days of political turmoil from the years 2010 and 2011 seem almost forgotten. With the skyscrapers and heavy traffic in the business quarter Plateau of the economic capital Abidjan, Ivory Coast seems to be moving forward. According to the 2017 Mo Ibrahim Index, Ivory Coast is one of the leading African countries in terms of economic opportunities and security.

In 2010, however, the country's future seemed uncertain. The country's constitutional council declared Laurent Gbagbo the winner of the presidential run-off election, while the electoral commission and international community were convinced that Alasanne Ouattara had won. What followed was political violence which left at least 3,000 people dead. Gbagbo was eventually taken into custody with the help of French and UN forces. Gbagbo is today facing trial at the International Criminal Court in the Hague on charges of crimes against humanity. Ouattarra promised Ivorians that he would focus on reconciliation. So far, victims say they haven't seen much of that.

People don't speak about what happened

On the streets of Abidjan, few people speak of this time. That's not good, says Abraham Denis Yaurobat, President of the human rights organization APDH (Action for the Protection of Human Rights, in Ivory Coast). "The consequences still have an impact on society and politics to this day," he says. Yaurobat has been working on the matter of how to bring about reconciliation. The sticking point is always the same, he says, "there is no dialogue between the government and the opposition." 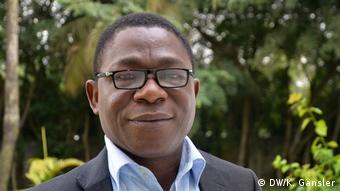 Yaurobat: The two sides are not talking to each other

This is contrary to what President Ouattara had promised after his re-election in October 2015. Reconciliation was to be a main focal point of his second term in office. Gbagbo supporters had at the time boycotted the election.

In the meantime, the national reconciliation commission, Conariv (National Commission for Victims' Reconciliation and Compensation in Ivory Coast) has published its report. According to the commission, 317,000 victims were supposed to receive reparations. The whole issue has become political, says Anon Christ Simplice, who heads Avidga, an association of victims and people displaced by the conflict. "They are helping people from the one political divide, but not those from the other side. That is why people are frustrated," he said. 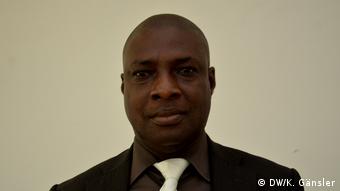 Simplice: The question of compensation has become political

According to Simplice, his organization represents 157,000 persons affected by the conflict. He doesn't want to go into the details of his own experiences during the crisis but recalls how his home village in the west of the country was attacked. His attempt to separate his personal feelings from the whole, however, proves difficult. "In reality we all know who the perpetrators were. To tell you the truth, they are very close to those in power," says Simplice. With this, he points out that up to now mainly Gbagbo supporters were brought to justice while according to him, Ouattara supporters also committed crimes. As a result, everyday life and relationships between supporters of the two camps have become complicated.

How reconciliation works can however be seen in other African countries. In the Gambia, for example, after the defeat of Yahya Jammeh, President Adama Barrow immediately announced the establishment of a commission for truth and reconciliation. Unlike in Ivory Coast though, the majority of Gambians were glad to see the back of the longtime ruler. "In Africa, we have a good example in South Africa and in Rwanda where the traditional courts were more or less successful," says Yaroubat. Nigeria, on the other hand, handled the Biafra conflict of the 1970s in a different manner. "No victor, no vanquished" was their slogan. The Biafra region did not experience any major conflict after that, but the effects of the civil war on society were never fully addressed. 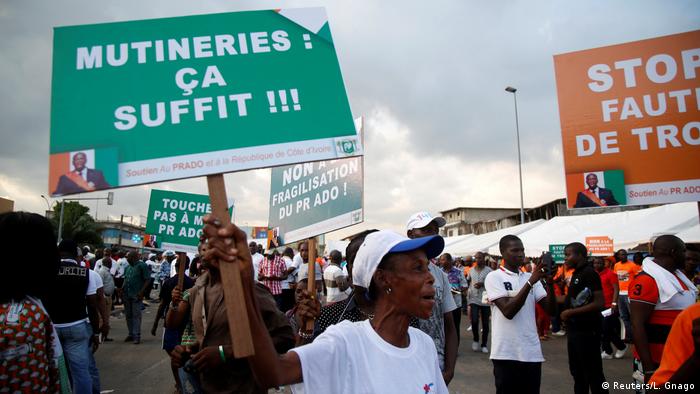 The question is whether the political tension could lead Ivory Coast into a new crisis. Many are already speculating about the possible outcomes and scenarios of the next elections in 2020. The military could, for instance, play an important role. "The military is composed of both troops who served under former president Gbagbo and former rebels of the Forces Nouvelles," explains Tinko Weibezahl, who head the Security Policy Program of the German organization Konrad-Adenauer-Stiftung. Last year, the former rebel soldiers, who supported Ouattarra during the crisis, staged an army mutiny and managed to negotiate a higher salary. According to Weibezahl, this widened rifts within the military itself, wherein he believes that the government needs to work on cohesion and integration. Such a strategy is needed for the military and for the country as a whole, he added.

Human rights activists have condemned the acquittal of Ivory Coast's former first lady Simone Gbagbo, who was charged with war crimes for her role during the 2010-11 post-election conflict that left more than 3,000 dead. (29.03.2017)

Ivorian President Alassane Ouattara and his predecessor Laurent Gbagbo are meeting 10 years after a power struggle between the two saw 3,000 people killed and Gbagbo banished. Could real reconciliation be in the cards?