Laurent Gbagbo, the first African head of state to stand trial for war crimes in The Hague, has pleaded not guilty. The trial, which will last months, will focus on Ivory Coast's postelection civil war in 2010-11. 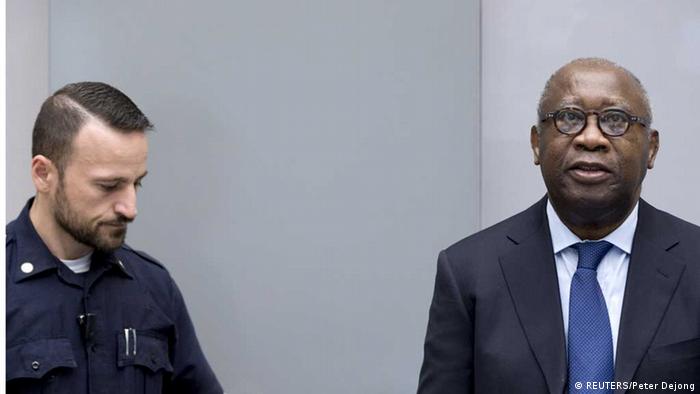 The prosecutor told the International Criminal Court in The Hague that she would call 138 witnesses to testify during the war crimes trial of former Ivory Coast President Laurent Gbagbo.

On the trial's opening day, prosecutor Fatou Bensouda told the three-judge panel that her list of witnesses included both victims of attacks, including rapes and gang rapes, as well as members of Gbagbo's inner circle.

Some will reportedly testify that Gbagbo began planning postelection violence long before the 2010 vote got underway.

Prosecutors accuse him of unleashing a wave of "unspeakable violence" in a desperate attempt to cling to power in the weeks after he lost the West African country's 2010 election to President Alassane Ouattara.

"Nothing would be allowed to defeat Mr. Gbagbo," Bensouda told the court. "If politics failed, violence was seen as politics by other means."

Bensouda described him as a "self-proclaimed general of the streets" who "manipulated the youth with hateful rhetoric."

Specifically, Gbagbo, 70, and Ble Goude, 44, are facing four charges of crimes against humanity, including murder, rape and persecution.

One of the rape victims who will testify, according to Bensouda, was arrested during a demonstration in support of Ouattara. The prosecutor said the woman was taken to police headquarters.

"During those three dark days, she was raped, gang raped at the prefecture of police by armed gendarmes," Bensouda said.

But the former president, who won only one previous election in 2000, and then clung to power for 10 years before calling a new election, nonetheless has many vocal supporters.

Dozens attended the first day of the trial and hundreds more watched at an events hall in a suburb of the Ivorian capital, Abidjan.

They cheered when both Gbagbo and Ble Goude appeared on screen and, again, when the men pleaded not guilty.

"I think we must free Gbagbo because he's the one who can bring peace to Ivory Coast," said supporter Armand Yapi. "He has no place in The Hague. His place is here."

Gbagbo's supporters say the tribunal is biased against him and point to the fact that war crimes were also committed by Ouattara's supporters during the four month civil war that ended only after France, a former colonial power, intervened militarily.

But the prosecutor urged Gbagbo's supporters to be patient, pledging that charges would eventually be filed against Ouattara supporters who also committed crimes.

"This is our first case to reach trial" linked to Ivory Coast crimes, Bensouda said. "There will be others."

Ivorian President Ouattara has been re-elected for a second five-year term in office. The 73-year-old incumbent garnered almost 84 percent of the vote. He commended his countrymen on the peaceful, transparent polls. (28.10.2015)

The UN Security Council has removed a ban on Ivory Coast's diamond trade and eased an arms embargo. The West African nation has been pushing for months to legally restart exporting diamonds. (29.04.2014)