Several people have been killed in Ivory Coast following protests against President Alassane Ouattara's third-term bid. His rival, former President Laurent Gbagbo, might be preparing for a return. 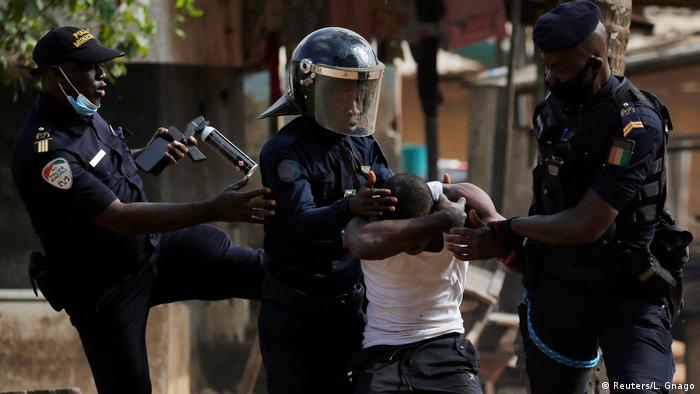 Recent clashes in the town of Divo — about 200 kilometers (124 miles) northwest of the capital Abidjan, and in Bonoua — some 80 kilometers from the capital, left eight people dead and more than 100 injured.

As you enter the town, the traces of burnt tires and car wrecks are visible. Part of the Bonoua bus station, shops, and vehicles were set on fire or ransacked.

Camille Adjobi, who heads the city's largest transportation company, saw nine vehicles from his fleet and the facilities at his station set ablaze. The fruits of many years of hard work were destroyed in just a few hours, he said.

"I'm in deep pain and can't walk. My life is now utterly shattered," Adjobi told DW, adding that he has to start from scratch. "I put everything in the hands of God because the most important thing is that I am alive."

Modeste Tebia, a manager at the bus station of Bonoua, witnessed the violence. "They burned down our station. Nobody came to see us," Tebia told DW.

The violence did not only affect Ivorians. Foreigners' businesses were also targeted. Malian Lassina Traore runs one of the largest supermarkets in the city. He has lost everything, but his heart is open to forgiving the perpetrators.

"We lost approximately 100 million CFA ($180,000), but we must live together. Let's forgive each other because this problem can be fixed," Traore told DW.

In recent days, images of men armed with shotguns and machetes, as well as hate speech messages, have become pervasive on Ivorian social media platforms. According to Christophe Kouame of the NGO Citizens and Participation, such crimes often go unpunished and could potentially lead to violence.

"All these vile remarks result from lack of recourse and the contempt of the ruling class," Kouame told DW. He said the ordinary citizen had become disillusioned. "You see the ruling party holding meetings, supporters walking in the streets, while a day before, the opposition was forbidden to manifest."

Fearing a repeat of the 2010-2011 post-election violence, the government admits that the situation was getting dire, but it has vowed not to allow it to escalate. "I can assure you that Ivorians are aware of the situation that prevailed in 2010-2011," Wodjo Fini Moise Traore, human rights advisor at the Interior Ministry, told DW. "We will do everything not to fall into this human stupidity."

Over the weekend, young opposition supporters took to the streets in several major cities, particularly the southern cocoa-growing hub of Divo, after Ouattara accepted his party's nomination for the October 31 election.

He was officially appointed as a candidate by the ruling RHDP despite having already served two terms, the maximum allowed under the current constitution. 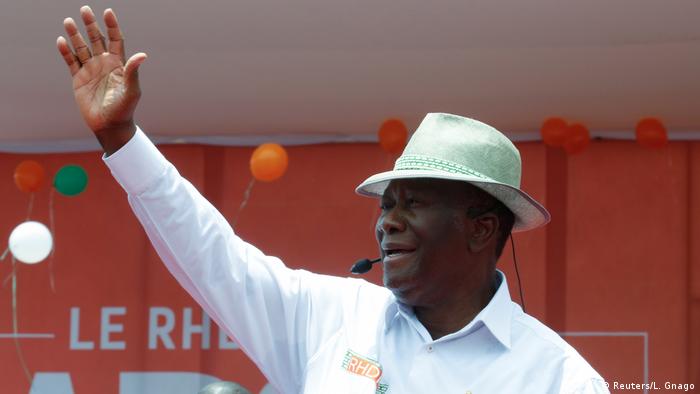 Ouattara,76, and his supporters say a 2016 constitutional change reset the clock on the two-term limit, allowing him to seek the third.

Opposition and civil society groups say his move to stand again in the vote amounts to a "coup."

He had said in March that he would not run again to give way to the next generation. But he rescinded his decision after the death of his hopeful successor Prime Minister Amadou Gon Coulibaly on July 8.

Controversial Gbagbo in the equation

Former President Laurent Gbagbo — whose reelection bid failure in 2010 left more than 3,000 people dead — has not officially indicated his intention to run for the presidency.

But his supporters have announced that they would submit his candidacy to the electoral commission before the deadline on Monday next week. 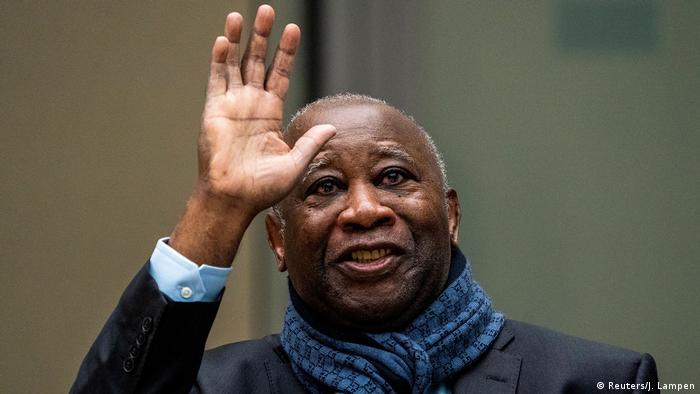 Gbagbo,75, was freed conditionally by the International Criminal Court (ICC) after being cleared in 2019 of crimes against humanity. The prosecution has appealed that ruling.

In January 2018, the Ivorian court sentenced Gbagbo in absentia to 20 years in prison for the "robbery" of the Central Bank of West African States during the 2010 post-election crisis.

If cleared to return — he could go straight to jail — which makes any return a sensitive political issue ahead of the polls.

Julien Adaye in Bonoua, Ivory Coast, contributed to this report.